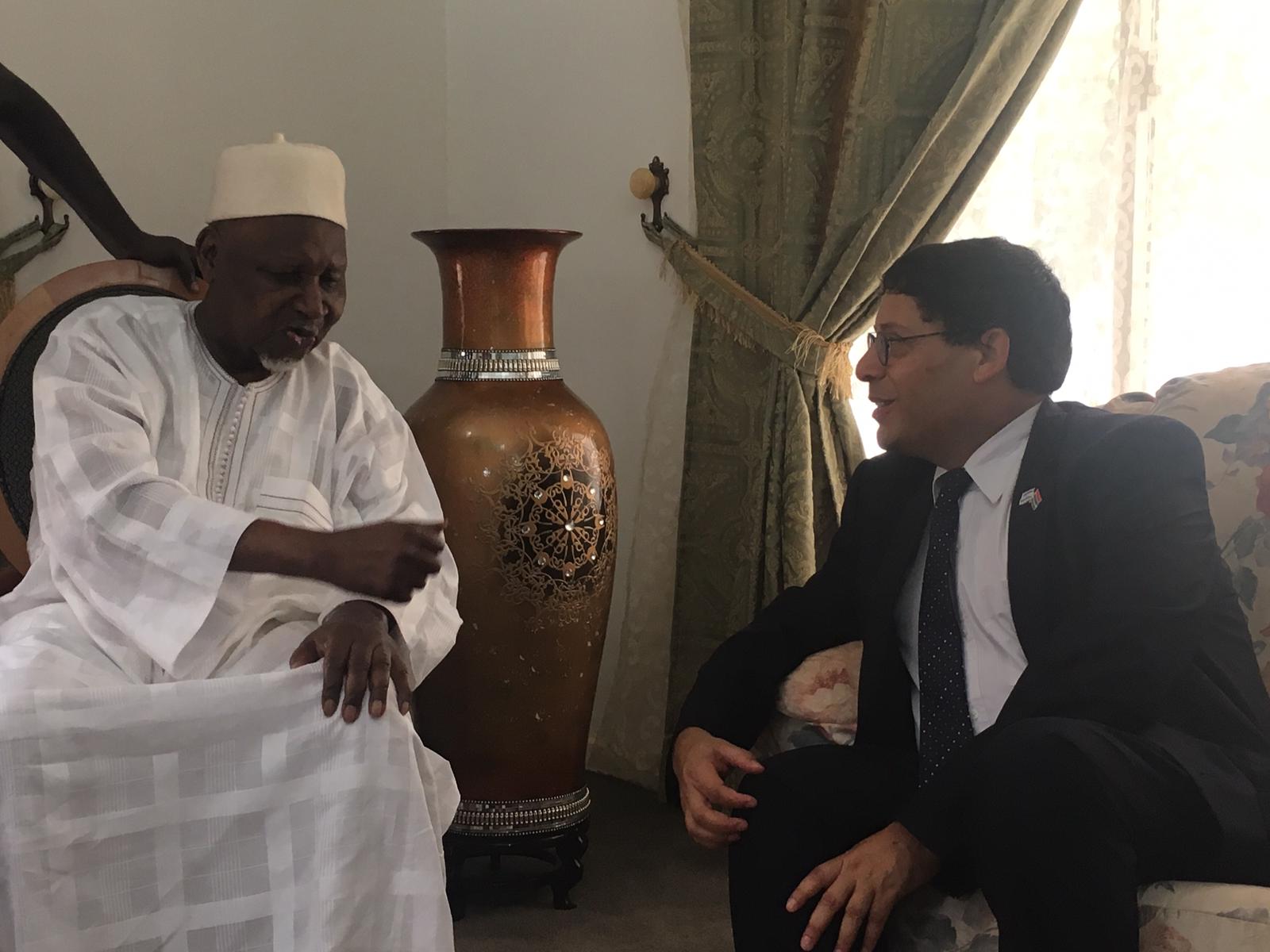 The Israel Ambassador to The Gambia His Excellence Rol Rosenblit’s visit to Sir Dawda Kairaba Jawara, the first President of the Republic of The Gambia at his resident in Fajara was meant to strengthen the relationship between the Gambia and Israel. Ambassador Rosenblit said,  “I come from Jerusalem, City of David, City of Peace.”  And the ambassador emphasized the importance of  Israeli – Gambian relations which he said started way back in 1962 when Sir Dawda himself made series of visits to Israel.

Sir Dawda thanked Ambassador Rosenblit for his visit and recalled the friendship and agreements which gave opportunities for Gambian students to go to Israel for a year long training program.  Sir Dawda shared his fond memories of being warmly received in Jerusalem by the founding fathers of Israel.