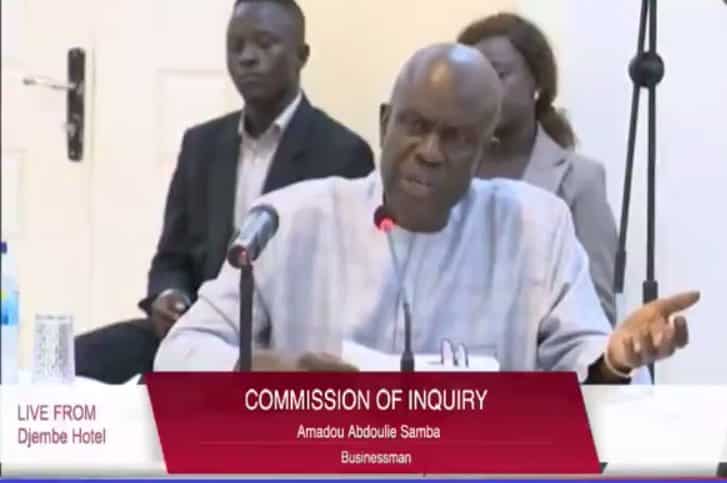 The Janneh Commission’s finding into the financial dealing of former President Yahya Jammeh and associates has indicated that the Former President and business tycoon Amadou Samba are jointly responsible for the stolen of USD268, 000  from the Central Bank of The Gambia to buy the Daily Observer Newspaper Company.

According to the Janneh Commission report, Mr. Amadou Samba bought the Observer from Mr. Kenneth Y. Best, the founder but the money was part of the Taiwan loan to the Government of The Gambia. The Commission found out that Samba and Jammeh jointly and severely liable for the restitution of the sum of USD268, 000 and same shall be recoverable from their assets. The report indicated that Samba was fronting as owner of Observer since Mr. Best transferred the shares to him.

The Commission further recommended that The Observer should be liquidated as soon as possible. And any balance outstanding after the preferred debts have been paid should be forfeited to the State. The report further stated that criminal charges should be levelled against Jammeh and Samba.

In 2017, the Gambia Revenue Authority brought civil suit against The Observer Company for not paying tax worth over D17 Million. And subsequently the Company was closed down rendering hundreds of staff jobless.

However, some of the Daily Observer staff have pointed out their disappointment with the Janneh Commission for failing to make any recommendation for hundreds of staff who lost their jobs due to the closure of the Company.