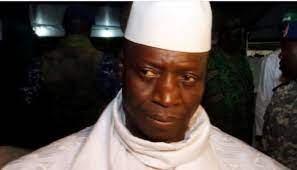 Ms. Ayesha Jammeh is a niece of former president Yahya Jammeh but also a victim whose father Mr. Haruna Jammeh and auntie Ms. Marcie Jammeh was murdered in cold blood on the orders of Yahya Jammeh as revealed by Omar A. Jallow known as Oya. Omar Jallow a member of Jammeh’s killer squad testified at the Truth, Reconciliation and Reparations Commission (TRRC), on 24th and 25th July 2019 and admitted participating in the killing of Ayesha’s father Haruna Jammeh, auntie Marcie Jammeh and 48 other persons on the orders of Yahya Jammeh.

Ayesha recalls her father as a peace loving and caring person who was concerned about the welfare of his family and others around him. Her father’s sudden murder left deep scars in her from the age of 14 and for 15 years she has been crying for justice but to avail. She still marvels over the reason for Yahya Jammeh’s order for her father’s death and would confront Jammeh at any given opportunity about it and why he never supported them after killing their father.

Ayesha is least happy with the lack of remorse from assassin Oya Jallow during his testimony before the TRRC. “Oya was bragging about the killings and was dancing his legs as if he had won a battle. I can’t forgive such a person whom my father helped and the same man killed him”, says Ayesha.

Ayesha is the program officer for the Victim’s Centre and is motivated to fight to make sure justice is served to all victims of human right violations.

The reconciliation as a mandate of the TRRC is important; however Ayesha is of the belief that it is still too early for it to happen overnight citing countries like Rwanda. She added that the reconciliation process should be led by victims to heal their wounds. Ms. Jammeh said for the government to set up TRRC is a good step in ensuring reparations to redress victims’ plight but lack of political will stands as an obstacle to bring perpetrators to justice. She added that the alliance between the former president’s ruling party and the President Barrow’s party is a sign of lack of political will for victims of Yahya Jammeh to get justice.  Lady Jammeh said financial compensation is one thing, but it cannot restore justice for the lost of their loved ones if justice is not served.

Ms. Jammeh said, “Barrow’s re- election into office rings an alarming bell whether he will implement the recommendations of the TRRC. So far he has not expressed any interest in TRRC at any of his political rallies. 11 November 1994 mass execution of soldiers is still fresh in the minds of the victims and Barrow could have used his powers and office to call on the 11/11 victims during his political rallies”.

Ayesha Jammeh indicated that the “never again” slogan can only happen if politicians vying for presidential office have it among their agenda to bring perpetrators of rights violations to justice.