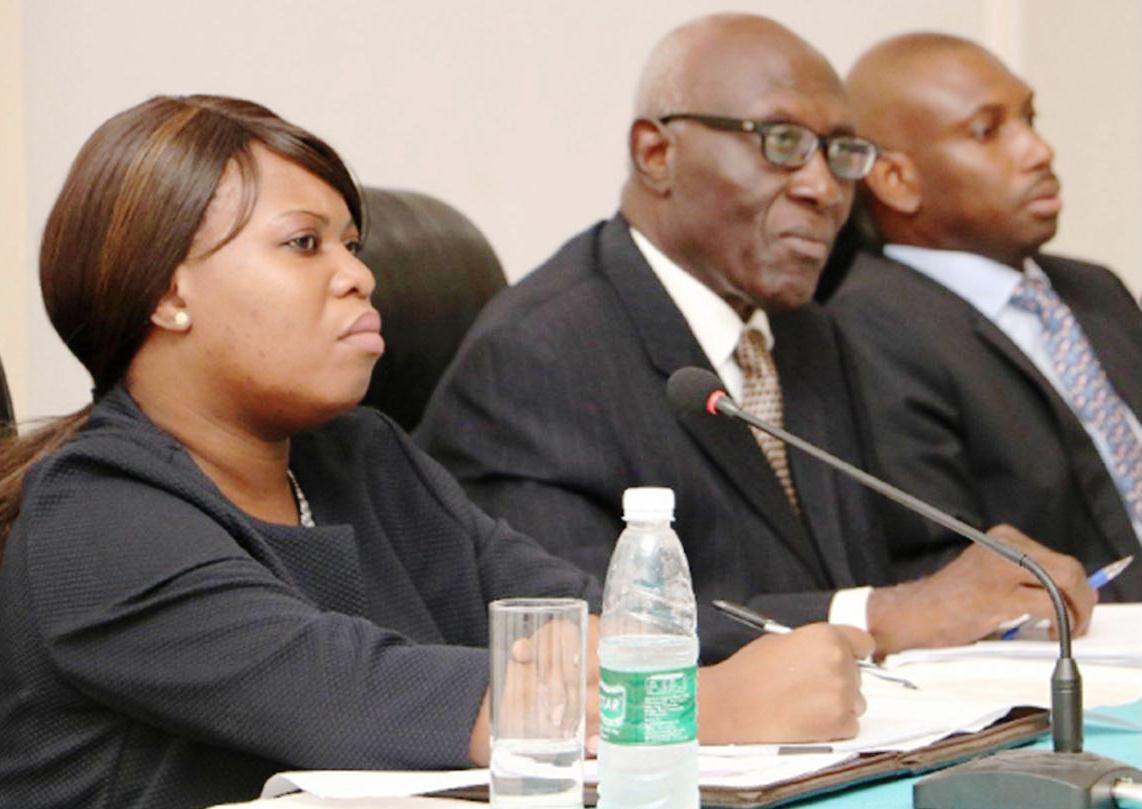 You will recall that upon the installation of the Barrow administration in 2017, preliminary reports received from, inter alia, the Central Bank of The Gambia, Social Security and Housing Finance Corporation (SSHFC), Gambia Ports Authority (GPA), Gambia Telecommunications Company Limited (GAMTEL), National Water and Electricity Company Limited (NAWEC), Assets Management and Recovery Corporation (AMRC), Gambia National Petroleum Corporation (GNPC), and other public institutions and government agencies, indicated that substantial funds were, either directly or indirectly withdrawn, paid out or expended on instructions or directives received from the Office of the President during the tenure in office of former President Jammeh, sometimes for unknown purposes.

It was discovered that bank accounts were opened into which funds paid by members of the public and intended for the State were directly controlled and expended by former President Jammeh or on his instructions. It was also discovered that former President Jammeh, during his tenure in office, had accumulated at least 131 known landed properties registered in his name or in companies and foundations in which he has shares or an interest; and that he operated at least 89 private bank accounts directly or through the aforesaid companies or foundations.

Based on these preliminary reports, President Barrow deemed it in the public interest to launch an inquiry into the financial and other activities of public bodies, enterprises, and offices as regards their dealings with former President Jammeh, his family members and close associates, his financial and business affairs, and the assets accumulated by them during his tenure in office.

Accordingly, in exercise of the powers conferred on him by Section 200 of the Constitution of the Republic of The Gambia 1997, and the Commissions of Inquiry Act Cap 30:01 Vol 5 of the Laws of The Gambia, His Excellency, Adama Barrow, President of the Republic of The Gambia, on 12th July, 2017, issued a Commission of Inquiry into the financial and other related activities of certain public bodies, enterprises and offices as regards their dealings with former President Jammeh, and the accumulation of assets by him, his family members and close associates, and for connected matters through Gazette Legal Notice 15 of 2017, ISSN 0796 with the following membership:-

The Commission submitted its Report in Nine (9) volumes totaling One Thousand and Six Hundred pages (1,600) to the President on 29 March 2019.

Following a review of the Commission’s Report, and in accordance with Section 203 of the Constitution, His Excellency, President Barrow, has decided to publish his reaction to the Report in the form of a White Paper to be published here today together with the full Report of the Commission. Because of its voluminous size, we can only share a few complimentary copies of the Report with the media today and encourage the general public to obtain copies from the GPPC in Kanifing.

First, the Government wishes to highlight the commendable work of the Commission in general, and the procedure adopted by the Commission in its investigations and public hearings. The transparent manner in which it conducted its proceedings and the extra-ordinary measures it had adopted in order to ensure fairness and adherence to law and due process is highly commendable.

In taking the decisions reflected in its White Paper, the Government has not lost sight of the prevailing governance environment created by former President Jammeh at the time. Notwithstanding, in most cases, members of the business community, in their dealings with former President Jammeh, were motivated by greed and opportunism; while those who served in public office were mostly motivated by a combination of fear and self-preservation. The Government has also taken into account the fact that The Gambia is currently going through a fragile political transition to democratic rule after over two decades of dictatorship. Consequently, the Government’s main objective, as reflected in the White Paper, is the recovery of monies stolen and/or misappropriated from the State by former President Jammeh, his family members and close associates.

For the avoidance of doubt, the White Paper does not and neither is it intended to reflect all the findings and recommendations of the Commission. It only contains the key findings and recommendations that the Government wishes to highlight from the Report, and mirrors the findings and recommendations against the list of individuals identified in Volume 9 of the Report. Some of the key findings of the Commission include the fact that former President Jammeh, who was the primary subject of the Commission’s inquiry, and who’s salary in July 1994 when he took over power was D2,744.20 was engaged in an unconscionable land grab and acquired 281 (two hundred and eighty-one) landed properties throughout the country. These include private residential and commercial properties, islands, forest parks, wild life reserves and wetlands.

The Commission also found that disproportionate amounts of resources were wasted, misappropriated and diverted by former President Jammeh amounting to at least D1,065,012,512 (one billion and sixty-five million, and twelve thousand Dalasis);  $304, 718, 071 (three hundred and four million, and seven hundred and eighteen thousand and seventy-one Dollars). That the meager resources at the disposal of the country were managed at former President Jammeh’s whim and caprices without regard to the structures and processes in place to ensure coherence and accountability; that former President Jammeh, from his actions, reserved the right to appropriate funds from wherever they were available to him, for procurement of goods and services and made no distinctions as to whether the project was for his personal benefit or for public purposes; that at least D3,330,046.60 (three million, and three hundred and thirty thousand, and forty-six Dalasis); $1,858,367 (one million, and eight hundred and fifty-eight thousand, and three hundred and sixty-seven Dollars); and GBP6,618.41 (six thousand, and six hundred and eighteen Pounds Sterling), mostly in cash, was improperly authorized and directly transferred for use by Zineb Jammeh from various  accounts in the country.

The Commission underscored that the damage former President Jammeh has caused to Government institutions, public resources and State Owned Enterprises is of such serious nature that the Government ought to introduce a motion before the National Assembly for charges to be brought against him for theft, economic crimes and corruption. Based on the recommendations of the Commission, the actions taken by the Government is expected to generate nearly a Billion Dalasis from the assets forfeited to the State and to be sold.

However, it should also be emphasized that the Commission was not only established for the recovery of monies even though it was equally important that there was a credible and transparent process of accountability which provided us with the legal and evidentiary basis for our recovery efforts. The Commission was also meant to expose the level of corruption and the extent of reckless disregard for fiscal discipline and safeguards against abuses. Therefore, the Commission has made a number of policy recommendations in order to improve on these safeguards.