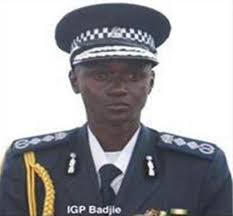 By: Fabakary B. Ceesay
Confirm information emanating from Police Headquarters in Banjul has it that the newly appointed deputy Crime Management Coordinator (CMC) of the Gambia Police Force Ensa Badjie known as ‘Jesus’ has been redeployed to Upper River Region, Basse, as the regional Police Commissioner replacing Police Commissioner Omar Darboe.
Commissioner Darboe has been designated to Independent Electoral Commission (IEC) as the Police liaison officer. He is a season officer whom many described as a level headed officer.
The information also added that both Badjie and Darboe have already resume work at their various posting places.
Police spokesperson ASP Lamin Njie confirmed the redeployment of the two senior officers with immediate effect.
Mr. Ensa Badjie known as ‘Jesus’a native of Sibanor, was a famous Police officer within the Kombo St Mary Division. Badjie rose through the ranks until in August 2008, when he was appointed Inspector General of Police. He serves as Commissioner Commanding West Coast Region and briefly served as Crime Management Coordinator before been elevated to the position of Inspector General of Police. Jammeh referred to him as the best and most competent IGP ever to be appointed.
On 2 March 2010, Badjie was removed as IGP and later charged with numerous criminal offences ranging from ‘conspiracy, breaking and robbery, economic crime, sedition, abuse of office, obtaining money by false pretence among other crimes. He was arraigned before two High Court Judges on separate charges.
On 29th July 2011, He was sentenced by Justice Ikpala of the Special Criminal Division at the Banjul High Court to life.
Again in January 2013, Justice Emmanuel Nkea of the Banjul High Court convicted him to 10 years imprisonment, alongside two senior
Military officers Lieutenant Colonel Mam Matarr Secka and Major Kuluteh Manneh.
Release on a presidential pardon in July 2015, during the mass pardoning of prisoners by former president Yahya Jammeh.
On 13 November 2019, he appears before the ongoing Truth, Reconciliation and Reparations Commissions (TRRC) as a witness to clear his name surrounding the State sponsored witch craft hunting back in 2009 in which hundreds of people were abducted from their homes and taken to secret locations and forced to drink herbal concoctions. Several people died during and after the incident.