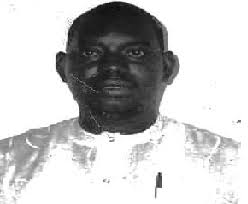 Reliable information from a former inmate of the State Central Prison at Mile II has informed the Trumpet that he was with Mr. Kanyiba Kanyi, a United Democratic Party (UDP), constituency youth leader who was arrested in Bonto village on 18 September 2006. Until now Mr. Kanyi has disappeared and his whereabouts is yet to be established by his loved ones.

According to the information gathered from the former inmate, Kanyiba met him at Mile II Prison at the Security Wing number 5 where they were detained together. The source said Kanyiba personally introduced himself as a family friend. The source indicated that he and Kanyiba developed a relationship to the point of sharing food together and most of their free times.

The Source also indicated that Kanyiba only spent few days at Mile II. He said on the eve of the 2006 presidential election, Second Lieutenant Omar Colley known as ‘Jah guard’ picked him from the cell with the promise that he was been released. Lt. Omar Colley was the then liaison officer between Mile II Prison and National Intelligence Agency.

The sources further stated that he was concerned and worried as to the nature, manner and timing of Kanyiba’s purported release. He indicated that Colley came for Kanyiba around 21:00hrs when all the inmates were sleeping. The source stated that Kanyiba informed him of the news of his release but he warned him to be cautious of the timing of his alleged release.

The source said, ‘as a former security officer it is not normal for detainees to be released at that time of the night’. The source indicated that he warned Kanyiba to be cautious about the move but that Kanyiba was in joyous mood.

Kanyiba Kanyi was the UDP youth mobiliser in Kombo East, he was arrested at his house in the presence of his family. His party leader Lawyer Ousainou Darboe has filed a case before the High Court for the State to produce him. But the State always denied having him in their custody.