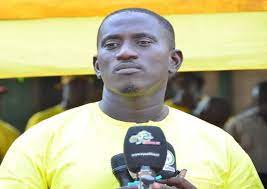 ” Remember power resides with the people as enshrined in our constitution. Well from our experiences of two  decades ago, Gambians can no longer afford political persecutions  to be an agenda of this present and any future government.

Unfortunately it is almost two weeks, we are still waiting for our authorities to tell us something over a viral tik tok audio of a social meeting. Thus we expect no fabrication or imaginary story will suffice to detain anyone beyond the 72 hours as  stipulated by the constitution.

We also remember  the Tamba and Co, treason trial when I represented accused persons  and the state through (Rui Jabbie Gassama) tried to manufacture evidence.

Let the authorities not suffer amnesia over the slogan “never again” .We are also hearing the denial of access to the detainees by their families members and lawyers, an issue very troubling. The presumption of innocence until proven otherwise  should always be the guiding principle. Bearing in mind no intimidation is required during interrogations.

Bearing in mind Gambians are no longer gullible and few paranoid individuals should not think that they can stifle dissenting views.
Currently,  we have observed that the president is being misled by close aides, acting on bad advice that can sink the nation to the abyss. The so called daily press releases are not the way to address sensitive law and order issues relating to evidence and truth in alleged treasonous crime, such are issues for the courts.
Let the president and authorities be advised as we heard some confused and incompetent aides crying out ” set example on alleged suspects” who are never tried or convicted. Well we again advise that” examples are not set innocent accused/suspects. Remember posterity is here to judge and explanation will be given some day to come, the (mile 2 nine) the trrc is a guide.

However,  Gambians can no longer afford a dictatorial regime that abuses its authority and violates their  rights. Therefore Mr. Sabally’s unlawful detention must come to a stop, either he should be arraigned before a court or be granted bail pending any investigation.
His immediate release will be the best option.

In the same vein we do not expect a court to derogate on its duty in exercising maximum caution when dealing with rights and liberty, equally any prosecution case cannot be built on fabrication or manufactured evidence.

The public is watching and will continue to speak truth to power without doubt. The current situation is not about Mr. Sabally but a concern to every Gambian and should not be associated with politics/a udp thing.

Consequently, we continue to denounce any form of arbitrary arrests and unlawful detentions. We also remind the concerned authorities that the policy of parading innocent people in court for humiliation does not demean them, instead it elevates their status. Something we expect with Mr. Sabally whose talent on economic and governance issues are well recognised nationwide.
Finally we are reminding the current government that it was the social media that helped brought the change and president barrow is a beneficiary to that change.
Let’s not forget that!!
Gambians are now waiting for an explanation from our government on how a doctored 19 seconds audio/viral video can be a problem for a government or any person. Just to say the government will change or will be taken in a political setting, are statements we heard many times on media or social media. Is this panic or paranoia in government? Well Gambians will always stand in Solidarity against injustices and abuse of power by any authority. Respect for civil liberties is fundamental for a fair and decent society. Therefore Parliament, CSOs and concerned groups should take note.
We emphatically remind  our leaders that “power resides with the people, that presidency is about stewardship and not ownership”.
Posterity will judge the  actions of leaders and lessons will be learnt.