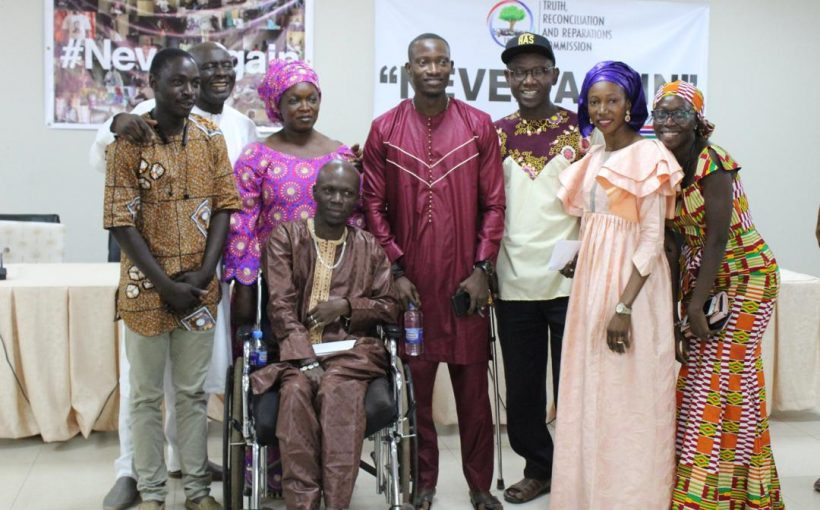 The Truth Reconciliation and Reparations Commission (TRRC) flew four victims who testified before the Commission to Turkey on December 2019 for urgent medical treatment. Three of the victims returned from Turkey in late 2020 with one still receiving treatment in Turkey.

The victims who traveled to Turkey were “Yusupha Mbye, Oumie Jagne and Abdou Karim Jammeh, survivors of gun-shot wounds during the 10th/11th April, 2000 student massacre and Nogoi Njie, a victim of the 14th April, 2016 protest for electoral reforms led by the late Ebrima Solo Sandeng.”

Out of the victims who traveled to Turkey Yusupha Mbye is still in Turkey receiving medical treatment. Speaking to Abdou Karim Jammeh he explained that he has successfully received his treatment and is currently recovering from his injuries.

Oumie Jagne has told Gainako Online News that gunshot wounds she suffered has worsened after she completed two operations in Turkey in November 2020.

Life Before the Turkish Trip

Oumie was only 14 when she was shot in her left elbow by Para-Military officers. According to her narration she ran to her younger sister’s aid who was stripped off her clothes by security officers, she was shot twice in the elbow as she ran to cover her sister up.

Oumie says she could work with her arm and do the house chores like the laundry and cooking. Unfortunately, since returning from Turkey she hasn’t been able to do anything for herself.

Speaking about the medical trip to turkey, Oumie explained that while receiving treatment the remains of the bullet shell casings were removed. “then my hand began to swell, likewise my fingers and I was unable to do anything with my hand”.

After the two surgeries “they wanted to do the third one, but my escort told them not to, the TRRC will figure out a way when we go back to the Gambia” she narrated.

Life Impact and Call for Help

This has impacted Oumie’s life negatively according to her “the injury has worsened; my husband has been taking care of me and the kids, he does the washing because I can’t do anything. If I have any problem, I usually reach out to my family who usually helps me with some money to take care of the children.”

“My children will ask me ‘Mama, since you came back from Turkey your hand has worsened? But with the help of God, you will surely recover especially if you get the support to go to another country”.

Determined to pursue justice and reparations Oumie is demanding that “the perpetrators who are responsible for this injury should be brought before the law and justice delivered.”

Oumie is currently waiting for the Doctors to complete her medical report, after she did an X-Ray and was informed by the Doctors that the arm is not in great shape. She calls on the Victims Center to assist her and she is calling on the TRRC to help her out again because the pain is really disturbing. I am pleading for help to treat my arm to go back to my business.”

Although some of the victims that benefited from the treatment are making progress,Oumie Jagne and Yusupha Mbye’s case highlights that all victims should be provided sufficient medical treatment to fully recover.

This article is supported by the International Center for Transitional Justice (ICTJ).