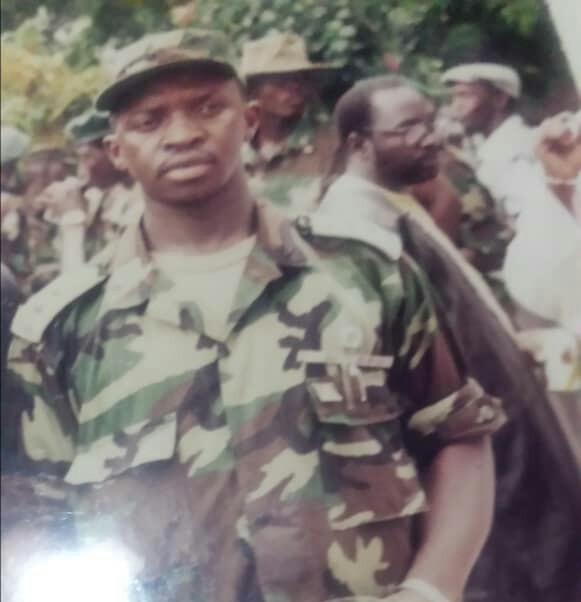 He said upon the arrival of the team at his residence at Mile 7, volley of bullets were fired into his house in an attempt to kill him like how Almamo Manneh was killed in a cowardly manner at State House.

Sanneh stated that his arrestors arrived at his residence at around 04:00hrs on 14 January 2000, shortly after Lieutenant Almamo Manneh was killed. He alleged that the team that assassinated Almamo advanced to his residence at Mile 7 to kill him.

Sanneh narrates that the soldiers that came to his house where out to have him killed and his family. He said the team was led by Yahya Jammeh, Baboucarr Jatta, Momodou Sankareh Badjie, Ousman Sonko, Alagie Martin, Manlafi Corr and others surrounded his house and laid an ambush with heavy weapons. He alleged that upon their arrival at his house they started firing indiscriminately into all corners of his house. He said he quickly hide his family under the beds and he came out with his hands in the air shouting on top of his voice ‘halt halt’. He indicated that as he raised his hands a bullet rip through his upper arm.

Sanneh further said after he was apprehended, he was thrown into the back of a Military vehicle where he found the mutilated dead body of Lieutenant Almamo Manneh laying in a pool of blood. He asserted that Almamo’s body was riddled with bullets which torn his body apart. He added that Almamo was wearing a three-quarter short and a white sleeve shorthanded shirt indicating that he was not killed in action as claimed by the government. He brushed aside the claims of then government that Almamo Manneh was killed in a fire fight along Sting Corner and he Sanneh was injured in an exchange of fire with his arrestors. He said at no point in time he did exchanged fire with his opponents neither did he threw a grenade on them. He said he was completely un-armed and has never raised any form of resistance to his opponents. He said the allegation against him and Almamo are baseless and unfounded.

Going further, Lt. Sanneh said he was escorted to Yundum Barracks where on the orders of Yahya Jammeh he was treated by a Nigerian Doctor. He indicated that the body of Almamo was dumped on the cold concrete floor of the guard room at Yundum Barracks for hours before he was dumped in an unmarked ditch within the Barracks. He alleged that Baboucarr Jatta, Momodou Sankareh Badjie, Ousman Sonko and Alagie Martin can attest to where Almamo Manneh was unceremoniously dumped at the Yundum Baracks.