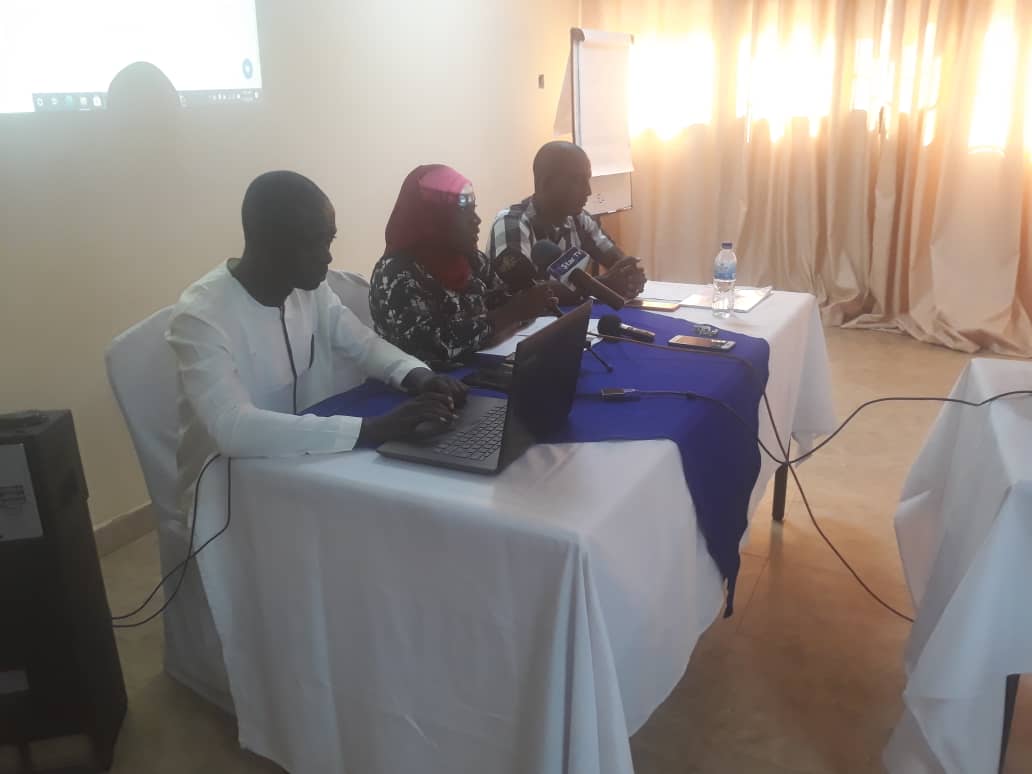 Media Academic for Journalism in partnership with Civil Society in Development, a Denmark (Dennis) based organisation on Wednesday 18th November 2020, launched a project aimed at empowering and building the capacities of grassroots and Civil Society Organisations to better enhance their communication skills and strategy.

Speaking on behalf of Gambia Press Union, Mr. Lamin Jahateh outlines the growth of Majac as a brain child of Gambia Press Union a decade ago with the mandate to professionalised Journalism among its members. “Today Majac’s impacts can be felt almost in every media house and now that Majac is growing, it is expected for it to widen its horizon by touching and impacting the biggest collaborator of the media, which is the civil society as it is interested in accountability “, said Jahateh.

Lars Moller Director of Civil society in development an organisation based in Denmark stressed the needs for collaboration with Majac to better enhance the communication skills of members of civil society as they play a key role in holding governments to accountable to its citizens. Moller said the whole idea emanated from the discussion he had with some members of the civil society organisation in 2016, thus leading to the launching of D3.7 Million. He further assured Journalists that he and his organisation is working on to equip the capacity of the executives of Gambia Press Union.

Mr. Sang Mendy, the MAJAC project Manager and Director underscored the need for the public to access timely and reliable information to give voice to rural women in grassroots societies.

Mr. Mendy highlighted some of the common challenges of government agencies and local government authorities faced with lack of absence of communications strategy, communications plan, culture of poor documentation, limited capacity for the generation of content ideas, content collection, effective presentation, delivery and poor messaging which the project seeks to address during the course of the six month capacity building.

The project is hoped to give members of civil society the perquisite knowledge to address communication difficulty within the civil space.