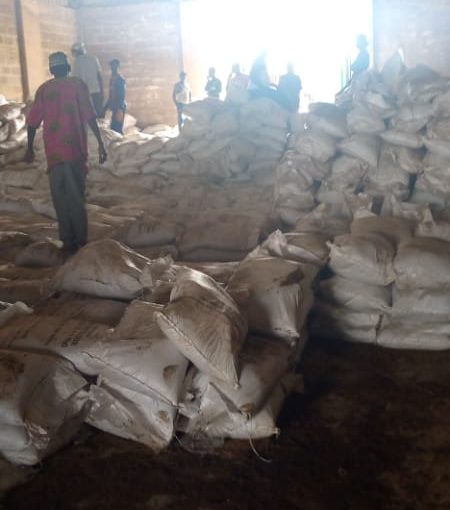 The Trumpet can unfailingly report that a Malian Businessman, Mr. Aboubacar Diaby (Jabbi) who was caught by Gambian authorities in mid July for attempting to smuggle thousands of bag of farmers’ fertilizer in two trucks bound for Mali had indeed purchased 4500 bags from the Gambia Groundnut Corporation (GGC), storage at Kerewan.

Mr. Diaby did not personally purchase the fertilizer directly, but used Gambians as secret agents to buy such quantity for him.

The two Malian trucks were impounded by security agents and ordered it back to offload the stuff at GGC depot.

It could be recall that in July and August; Gambian farmers decried lack of fertilizer which caused a great deal of concern amid news of thousands of bags of fertilizer that were smuggled out of the country. It is believed that several trucks loaded with thousands of fertilizer have already been transported to Mali via Senegal.

However, after media exposure of the saga, the Ministry of Agriculture distanced itself from the fertilizer distribution and calls on the authorities to investigate and prosecute anyone found wanting in the deal.

However, up to date not a single person is prosecuted as Police said no crime has been committed during the transactions.

During his ten days meet the peoples’ tour, President Barrow in response to farmers’ cry about lack of fertilizer blamed and accused some dishonest Gambians that were involved in the dubious deal with foreign buyers to sabotage government’s effort in proving enough fertilizer for Gambian farmers.

Our investigation found out that the Malian buyer Mr. Diaby was using Gambians as agents to purchase huge quantity of fertilizer on his behalf.

Individual persons were given accreditation by GGC to serve as agents to buy huge amount of fertilizer and distribute it to distant areas of their communities where transportation is hard to get.

All payments are done at GGC account with Reliance Bank or Reliance Bank account with Eco Bank and M&M Investment Company. After payments, fertilizer debt clearance certificate is issued to the person to collect or his or her supply at any GGC depot within the said region.