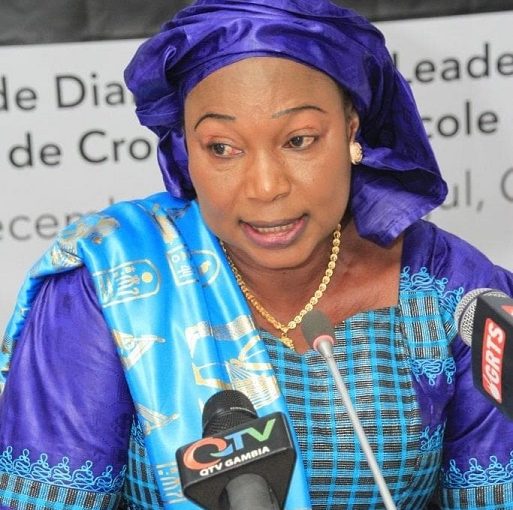 The Ministry of Agriculture is never short of controversies when it comes to providing fertilizers to Gambian farmers. Trumpet Newspaper can reliably report that two trucks with Malian registered number plates were intercepted by Gambian authorities from smuggling 2,280 bags of fertilizer meant for Gambian farmers bound for Mali. The said fertilizer was sold to a Malian businessman for huge profits from the Gambia Groundnut Corporation (GGC) North Bank Regional depot at Kerewan. The two trucks are currently impounded and parked at GGC Depot and Kerewan Police station pending outcome of the investigation.

Our investigation reveals that a certain Minister was involved in the deal with the Malian buyer to sell Gambian farmer’s fertilizer to foreign buyers. The said Minister’s contact was found with the Malian businessman who confessed to the investigators about the involvement of the Minister.

Mr. Ousainou Drammeh is the GGC officials in charge of North Bank Region who is also overseeing the process, confirmed to the Trumpet about the seizure of the trucks loaded with fertilizer and that he has an interaction with security agents who visited him at his office about the matter. However he refused to comment into his interaction with investigators.

Drammeh said the trucks were impounded on the orders from the top and the 2,280 bags were confiscated and discharged at their depot at Kerewan. But he could not tell the reason to impound them.

Sources that spoke to Trumpet indicated that dubious politicians were given accreditation by GGC to serve as agents within communities who could not travel to Kerewan to purchase the fertilizer. These agents, as Mr. Drammeh explains helps facilitate transportation to far remote areas where farmers cannot pay for transportation.

However, Drammeh insisted that the agents are not politically known to them but instead are facilitators who take fertilizers to every farmer’s doorstep.

Drammeh indicated that a bag is sold at D700 to individuals and D670 to their agents. He added that the agents also sell it for D700 to farmers.

Drammeh could not say exactly how many bags were delivered to NBR until he was not with his record book at the time.

However, Trumpet is informed that about 60, 000 bags were promised to NBR Farmers.

Deputy Governor of North Bank Region Mr. kanteh confirmed the matter and said, “yes we have some fertilizer seized at the moment under investigation by Police. These fertilizers are meant for our farmers and should not be taken out of the country like that. The matte is with the Police”.

The Police Spokesperson was contacted and promised to get back.

A farmer told Trumpet that several trucks have already ferried thousands of bags out of the country via Senegal with some loaded with 1000, 1500 and 2000 bags, respectively. The GGC agents according to another source had already bought more than 5000 bags.

However, it is not yet clear whether those agents are been used as moles to buy huge amount of fertilizers on behalf of the Malian businessman.

Editor’s note. The names of the persons and the Minister involved are withheld until the outcome of the investigation.