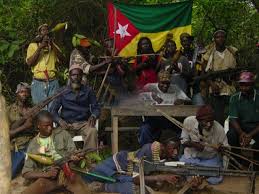 Reliable information received from a high-ranking official of the Movement for Democratic Forces of Cassamance (MFDC) rebel group, has strongly denied given sanctuary to any member of the killing squad of ex-President Yahya Jammeh known as the Jungullers. The MFDC reaction came about after the testimonies of the Jungullers before the Truth, Reconciliation and Reparations Commission (TRRC).

The MFDC said they were alerted by rumours of allegation that they are giving sanctuary to some remnants of the Jungullers who are on the run and are wanted in the Gambia for the crimes they have committed.

According to our sources, the separatist movement is aware of the revelations at the TRRC and they are monitoring the events as they unfold.

The MFDC informant while disclosing that they are also aware of the allegations being levelled against the rebel group, flatly denied harbouring, at any point in time, any person wanted in the Gambia in connection with human rights violations.

Our source divulged that MFDC is equally concerned about the revelations emerging at the TRRC, and would therefore, do anything within their powers not to harbour anyone suspected of, or involved in, gross violation of human rights.

MFDC is saddened by the news of the gruesome murder of four prominent natives of Foni, namely Jarsaja Kujabie, Buba Sanyang, Mercie Jammeh and Haruna Jammeh, by soldiers linked to former President Jammeh, as lay bare before the TRRC. The style and manner in which they were brutally killed by the jungullers equally saddened the Cassamance rebels as a movement.

The four deceased persons were a household name within Cassamance and have ‘blood family ties’ with several senior rankers of the MDFC.

MFDC is a armed faction operating in Southern Senegal region of Cassamance. Since early 80s they have waged an independent war against the government of Senegal. They want Cassamance to be an independent sovereign State.