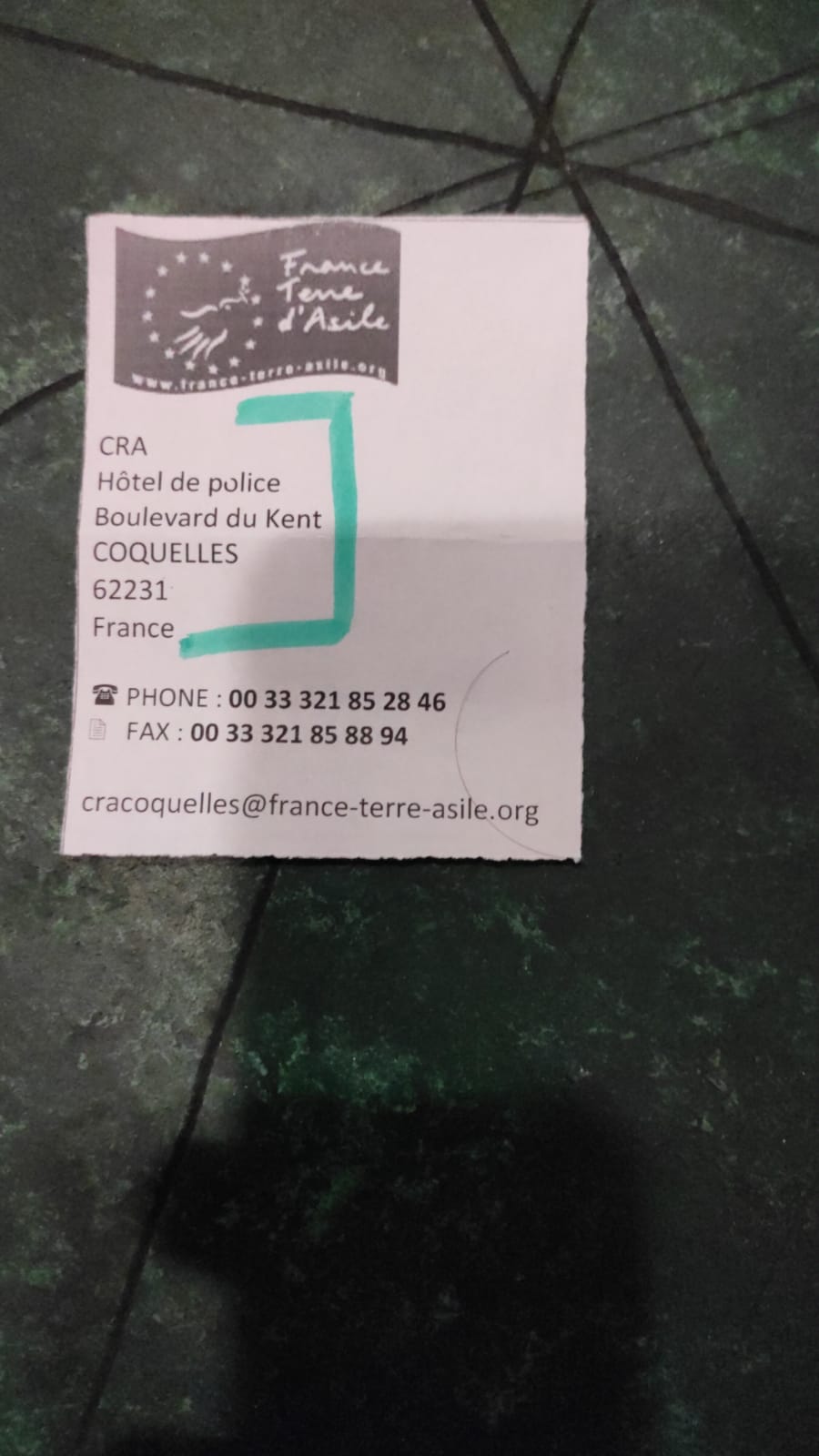 By: Fabakary B. Ceesay
Hundreds of migrants from different nationalities currently living in congested camps in France, have voiced out their frustration and fear amid the outbreak of COVID-19 pandemic. These migrants complained of the inhuman conditions they live in without any healthcare from the French authorities.
One specific camp that stands on top of the crisis is ‘Hotel de Police’ at Boulevard du Kent, Coquelles, where hundreds of migrants from Asia, Africa and Balkan Peninsula are living under horrific and fearful conditions.
The city of Coquelles is a small town in Northern France, in the district of Calais, which is known for transiting point for migrants yearning to enter United Kingdom.

Trumpet Newspaper is privilege to hidden information highlighting the living condition of these migrants who are deadly worried about their health amid the spread of Coronavirus in France.
‘Hotel du Police’ is a detention Centre for migrants and a leaked video footage obtained by the Trumpet shows the naked unhealthy rooms in which the migrants live in. The place as showed in the video, is not fit for human habitation. The migrants are always lock indoors with all sort of abuses from the authorities and only allow to eat their dinner at 17:00hrs. In addition they are not allow bring food from outside the camp.
One migrants said, ‘I don’t think the French government is aware of the situation going on here, the rooms that they kept us are unhealthy and is very cold at night with no heater or warming system. If Coronavirus hit this place we will all die at once”.
Another one alleged that the place is a business center for French lawyers and judges that take cases of migrants because they never visited the place to know how they are living. He decried the plight of women and children who are more venerable to diseases and can easily contaminate the virus which will be catastrophic on them.
Among the migrants, there are Sudanese, Algerians, Ghanaians, Albanians, Moroccans, Bangladeshis, Nigerians, Gambians, Guineans, Malians and other sub-Saharan Africans are left crowded in tiny rooms with some sleeping on the floor.
The inhuman treatment from the Police guarding the place is an open secret of racism with migrants subjected to all forms of racist abuses and outbursts.
According to our findings, these congested rooms has no heater and no warm water to bath with during the deadly winter season. Migrants are not allowed access to cellphones neither are they given any means of communication to link with their families.
“We are not allow to use mobile phones to communicate with our families and friends. If you are caught with a phone you are in serious trouble. On daily basis they bring in more people despite the fact that the place is congested, but they don’t care because the authorities here are making money out of us”, one migrant alleged.
The migrants also lamented about the health condition of some inmates without routine medical checkup. There is also high risky of contaminating cold fever which could be a font of Coronavirus. “Here many are suffering from cold related sickness, fever, coughing, hunger and malnutrition”, said an aggrieved migrant.
Another decried the poor food given to them which he said cannot even sustain a cat neither a human being and that they are not allow to bring in food from outside.
“We are suffering from hunger and malnutrition and now that Coronavirus is all over France, if it get into these camps no migrants will survive it”, another said.
The situation in these camps are unbearable to the point some prefer to run into the bushes of Calais, a French border town, where hundreds of migrants lived in makeshift tents struggling to enter England rather than staying in the detention centres and die of starvation and Coronavirus.