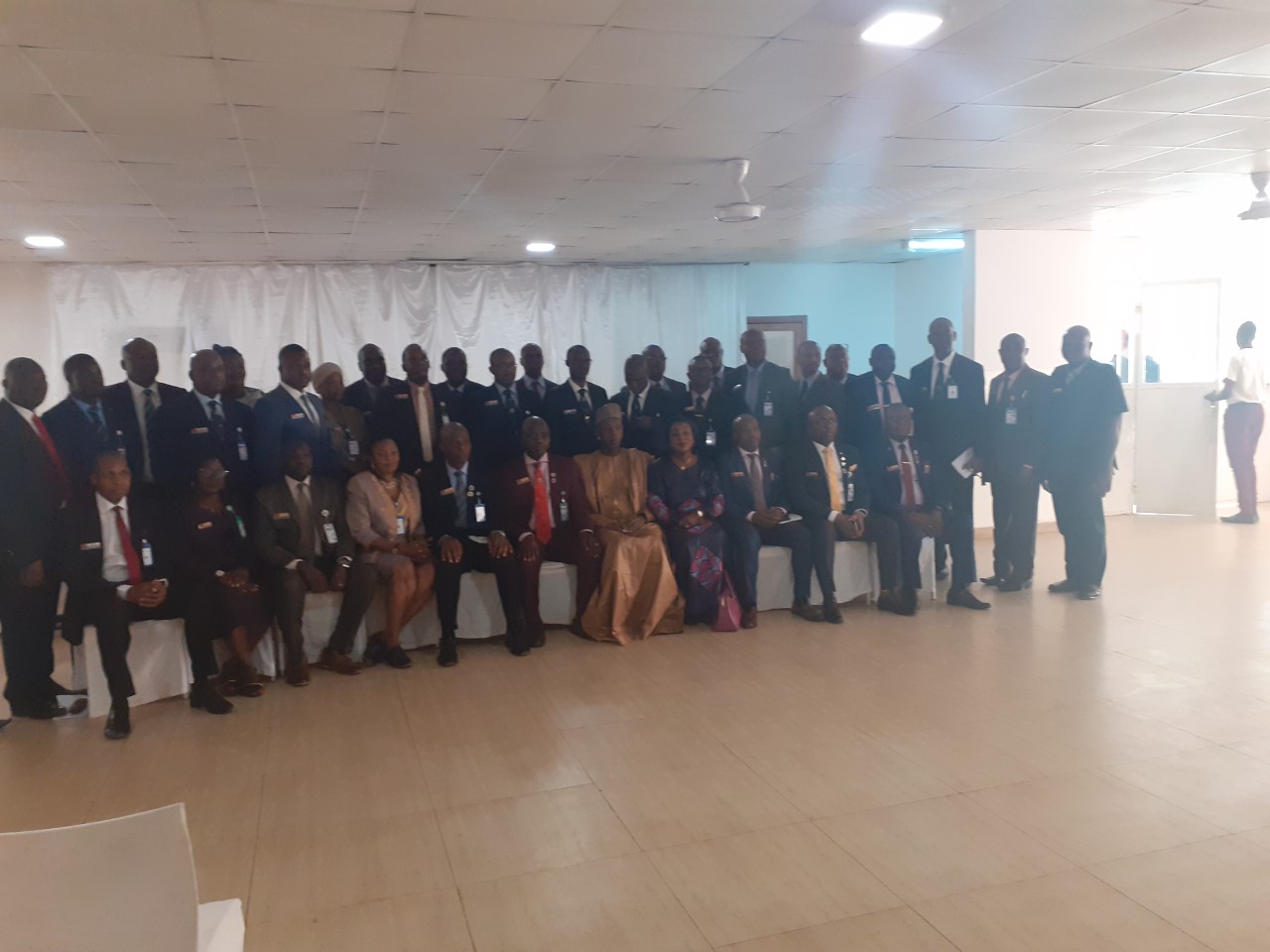 Hon. Hamat N.K. Bah, the Minister of Tourism and Culture has told the Nigeria visiting Academy students that, in The Gambia, tourism has been identified as one of the eight strategic pillars of the National Development Plan since the historic advent of the government of His Excellency, the President, Mr Adama Barrow.

He highlighted variety of reasons, which includes the need to increase the economic benefits of this vital sector in terms of providing opportunities for job creation and wealth generation.

Minister Bah made these remarks during a meeting on Tuesday February 10th 2020 with students of the National Defence College of the Federal Republic of Nigeria. The meeting that was centred on the theme: “Tourism and National Development in The Gambia: Prospects and Challenges”, was held at The Gambia Tourism and Hospitality Institute in Kanifing.

The team that arrived in The Gambia on Saturday 8th February 2020 are currently on a regional study tour in country that aimed to promote participants understanding of regional environment as well as broaden their perspective on international politics and how this impact on the nations visited.

The visiting team comprises of Members of Faculty, Admin staff, and participants of Course-28 and they are in 3 categories; personnel of the Armed Forces of Nigeria, personnel of other Ministries, Department and Agencies of the government of Nigeria and some align participants from Niger, Mali, Rwanda and Zambia. The tour falls under the Regional Study Module which is an important component of the College curriculum.

He disclosed that over five decades, the Smiling Coast has embraced tourism as a strategic pillar of the national economy. As such, he went on, various policies and strategies were put in place in terms of developing the institutional and regulatory framework to ensure a more orderly tourism development and this entailed the establishment of the Ministry in 1970 and the National Tourism office later, to spearhead development, regulation and promotion of tourism.

The Tourism and Culture Minister added that the outcome of these policies was positive as evidenced by the rapid growth of the industry with the emergence of trendy stock of hotels to accommodate the growing tourist arrivals.

Given the changing dynamics of tourism, and the evolving trends in travel and hospitality, he said there has been renewed emphasis at policy level on Eco-tourism as well as Responsible Tourism to adequately mainstream the needs of local people in the industry. It is also expected to adequately cater for the needs of the new tourists who are more discerning, adventurous, quality conscious and who view travel as a means to experience new cultures and environment.

“As we speak to you, destination Gambia is gradually evolving into a mature destination with world class tourism products and services properly oriented and fine-tuned to serve a range of tourists including those on sea, sun and sand vacation, cultural and heritage tourists, adventure tourists as well as eco-tourists,” he revealed.

Minister Bah added that prospects of conference and or business tourism have never been brighter with the launching of the Sir Dawda Kairaba Jawara International Conference Centre.

“Notwithstanding these achievements, certain constraints prevail, that continue to inhibit expansion and development of the tourism sector. These include the seasonality of tourism in The Gambia. It is a perennial challenge and despite the best efforts of government, Gambia Tourism is still a seasonal affair. Business is low during the Green Season (June-September) and as such most tourism establishments cease operations or downscale operations and lay off staff creating nightmare for most operatives in the industry,” Minister Bah informed Nigeria visiting Academy students.

He stated that linkages with other productive sectors of the economy such as agriculture could be better enhanced to improve forward and backward linkages so that tourismestablishments can source the bulk of their needs from the local market. He buttressed that hotels and other tourism establishment consume lot of local food stuff and agricultural produce, but there is room for improvement in this area to spread the benefits of tourism and increase the trickle-down effects of tourism.

According to him, source market diversification is another area that needs improvement to make destination Gambia less reliant on West European source markets such as UK, Holland and the Nordic Countries. Regional markets such as Nigeria could be developed as well as Eastern and Central Europe and the USA.

“Given the above mentioned constraints, my Ministry is committed to product development with emphasis on niche products such as cultural tourism, conference tourism and all other forms of tourism that will amplify our spectacular and rich cultural heritage, our biodiversity as well as our new-found opportunities in business and conference tourism,” Minister Bah affirmed.

For his part, Brigadier General MA Sanusi, the team leader told the gathering that the National Defence College of Nigeria was established in 1992 as the apex military training institution in Nigeria. He said it is one of the highest and internationally recognised institutions at strategic level in Sub-saharan Africa and it provides training to senior Nigerian military officers from the ranks of Colonel and their counterparts in the Nigerian police at strategic ministries, departments, and agencies as well as senior military officers from align countries.

He revealed that since the admission of align participants from Tanzania; the college has trained over 2476 participants all over the world specifically Asia, Africa, Europe and South America. The college is also designated as Ecowas Centre of Excellence for its support of operation training at strategic level.

Since the inception of the college, Brigadier General MA Sanusi said that it has recorded significant progress in its academic programmes. He informed the meeting that the mission of the college is to prepare selected participants for strategic functions by giving them requisite training and knowledge in order to perform excellently in national and international assignments.

According to him, in order to achieve the mission of the college, the programme or curriculum is organised into 9 modules, and module 5 of the programme mandates the college to embark on a regional study tour.

The tour, he added, is also meant to enhance the participants’ appreciation of issues of geopolitical and socio-economic importance on the global scene and how this impact on Nigeria’s national development and security. For this Course-28, a team of 38 members have the privilege to visit The Gambia and they are very lucky to be here.

He further thanked The Gambia through Minister Bah for the warm reception accorded to them since they arrived in the country.

The ceremony was chaired by the Permanent Secretary of the Ministry of Tourism and Culture, Cordu Linguere Jabang-Senghore.