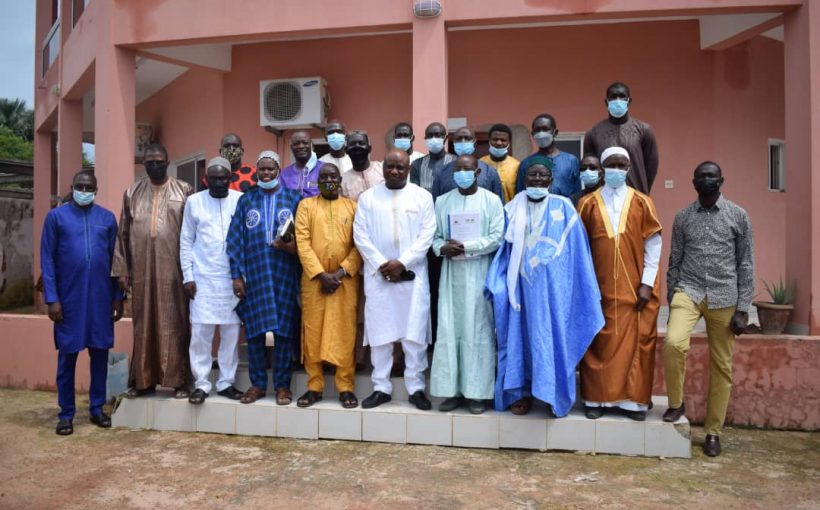 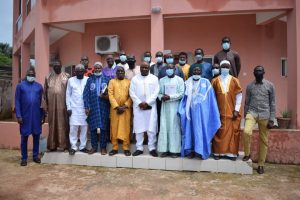 In his opening statement on behalf of the Minister for Agriculture, the Permanent Secretary Ministry of Agriculture Mr. Hassan Jallow stressed that the facility provided to the two microfinance institutions must be utilised as intended. He said the beneficiaries must have access to the funds with efficient and effective mechanism of service delivery to the farmers and other operators in the small ruminant value chain. P S Jallow urged the National Livestock Owners Association (NaLOA) to play central role in the implementation process, while advising women and youth to take full advantage of this opportunity provided to them. He pointed out that this process is proven as the best financing mechanism to facilitate easy access to finance, thus improvement of livelihoods and poverty alleviation.

Mr. Jallow stated that the two Microfinance institutions should bear in mind that the amount given to them shall be return in full as per the contract agreement and urged them to make funds accessible to all irrespective of political and religious inclination.

The Agriculture Permanent Secretary caution the project team to work closely with the microfinance institutions to ensure the targeted beneficiaries are reached. He made specially preferences to women and youth.

He thanked the Islamic Development Bank for the financial and technical support throughout the process and assured his ministry’s support to ensure accountability and transparency in fostering effective management and utilisation of the fund for the interest of all Gambians.

Mr. Njie revealed that the two MFIs will implement this component on behalf of the project. Adding that the component consists of providing participatory and sharia-compatible financing for actors operating or interested in small ruminant enterprises in the regions and Banjul urban areas. The project, Director Njie said was necessitated from findings conducted during the project appraisal and discussions with government officials and other stakeholders that access to finance was a key challenge for all agro-pastoralists and other actors operating in various livestock value chains.

Njie stated that the objective of the component of the project is to support smallholder farmers, producers, trader groups and individuals interested to venture into small ruminant production, processing and marketing.

Mr. Njie said each of the selected institution would be given USD1.5M to disburse and recover during a period of three years. And at the end of the three years the USD3M will be return back to the Islamic Development Bank. Njie noted that the two Microfinance Institutions were singled sourced based on their experience in Islamic finance, availability of a Management Information System (MIS) and a wide outreach in project targeted areas.

He disclosed that eligible for financing will include purchase of animals, feeding operations, animal health related operations, downstream meat processing and sales by operators that are members of registered organisations and individual traders holding trade licenses. About 10,000 beneficiaries are targeted for this project.

Mr. Baboucar O. Joof Managing Director of GTU-ICCU on behalf of the micro financial institutions thanked the Ministry for the trust bestowed on them. He promised that they will not disappoint the country as it is a national called of duty.

The ceremony was chaired by Mr. Abdoulie Touray the Central Project Coordinating Unit of the Ministry of Agriculture and attended by Directors of various Department Agriculture Ministry.