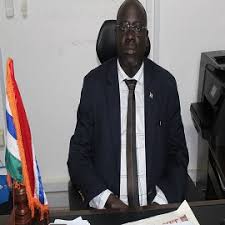 In a bid to be in line with international civil aviation standards and best practices and also as required under Standard 8.19 of Annex 9 of Chicago Convention, The Ministry of Transport, Works and Infrastructure on behalf of The Gambia Civil Aviation Authority, has on Tuesday, 3rd November 2020, inaugurated the first ever National Civil Aviation Facilitation Committee (NCAFC).

Speaking at the brief ceremony at The Ministry’s conference room, Mod K. Ceesay, The Permanent Secretary, Ministry of Transport, Works and Infrastructure who deputized for the Hon. Minister for transport, described the inauguration of the committee as very significant as it is in line with The Chicago convention, which The Gambia is a party.

According to him, under the convention, The Gambia is required to form the committee which will comprise of other government ministries, the security and stakeholders in the aviation industry.

“The work of this particular committee is to facilitate coordination in the country of all agencies or businesses dealing with air transport whether at policy, operation or security level,” he said.

Permanent Secretary Ceesay added that the committee would work towards overcoming challenges/ bottlenecks by providing solutions.

“This therefore, means the decision has to be quick especially when it comes to matters of aviation security and safety,” he added.

He further stated that the committee which is now formally inaugurated is expected to be holding meetings every three months in a year (Quarterly), to be chaired by The Minister for Transport, Works and Infrastructure.