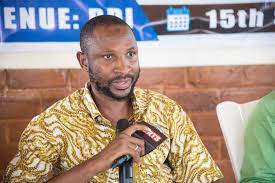 On 26th October 2005, about sixteen years ago this year, member States of the United Nations adopted General Assembly Resolution 60/5, calling for an annual World Day of Remembrance for Road Traffic Victims. The world organization agreed to dedicate the third Sunday of November of each year as a special day to remember globally, all road traffic victims. Over the years, the commemoration received strong support and promotion by the World Health Organization.

The commemoration aims to acknowledge the tragic loss of lives from road traffic crashes, and to extend condolences to families of the victims. In many countries across the globe, remembrance services are held and other events are organized in this regard.

In The Gambia, the Ministry of Transport, Works and Infrastructure, with other stakeholders in the transport sector, such as the National Roads Authority, the Police, Transport Union, Ministry of Justice, University of The Gambia, the Banjul Office of WHO, and the Gambia Red Cross Society, held a commemoration event, for the second time.

Speaking at the event on behalf of the Minister of Ministry of Transport, Works and Infrastructure, Mr. Ousman Ceesay, Deputy Permanent Secretary of the Ministry, said the main objectives for observing the day were to remember all persons killed or seriously injured from road accidents. He acknowledged the crucial role played by the emergency medical services, and he drew attention to the lack of adequate legal responses against those culpable of road deaths and injuries; he further advocated for better support for road traffic victims and their families. He called for actions to prevent, minimize, and eventually stop road traffic deaths and injuries.

“This year, the World Day of Remembrance 2021 will focus on the reduction of High traffic speeds to Low speeds, which has the potential to prevent deaths and serious injuries, especially on pedestrians, including children, the elderly and the disabled,” he said.

DPS Ceesay said the day was important, because it was part of global efforts to reduce road causalities, and that it provides opportunity to draw attention to emotional and economic devastation caused by road crashes.

According to him, commemorating the day also helps to educate the public on issues of road safety, to mobilize political will and resources, and to celebrate and reinforce achievements of the key players in promoting road safety.

“The Gambia Government, through the Ministry of Transport, Works and Infrastructure, in collaboration with the stakeholders, drawn from both the public and private sectors, and civil societies,are taking the lead in coordinating and promoting road safety in the country. We have already developed “The Gambia Road Safety Strategy” to guide and set standards in delivering long-term objectives on the issue,” he said.

Momodou Senghore, Managing Director of The National Roads Authority, commended the Ministry of Transport, Works and Infrastructure and partners for commemorating the day, which he described as an important event in trying to address issues related to road safety in general.He further stated that apart from the economic challenges road crash victims could go through, victims are also left in permanent shock and trauma sometimes.He therefore, called upon the transport sector, the Gambian authorities, and the general public to join hands together and put a stop to road crashes, which he said is a threat to every road user.

Momodou Gassama of WHO Banjul Office, said road traffic accidents is killing more people than malaria, tuberculosis, and HIV Aids combined, especially in sub-Saharan Africa.“Road traffic issues should be the business of all and sundry. No one institution, body or group can do it alone. We all needs to tighten our belts to be able to be successful in whatever we doing with regards to road crashes,” he said.Mr. Gassama called upon drivers to drive always at the recommended speed limits, and to be vigilant and observant of traffic rules at all times.

Similar remarks were made by Mr. Alasana Jobe, a representative of the Ministry of Justice, and Professor Lamin Sidibeh of the American University.

At the end of the commemoration, road traffic victims were handed gifts by officials of the Ministry of Transport, Works and Infrastructure,by way of appreciation for attending the event at their own volition.  A drama group comprising members of The Gambia Red Cross did a short performance on the dangers of high speed and reckless driving.