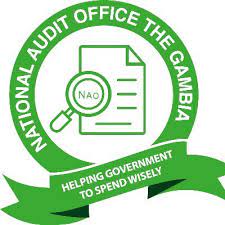 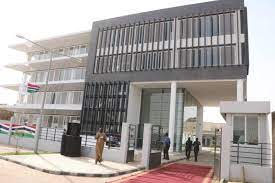 NAO) has been awarded ‘best performance audit prize’ by the by African Organization of Supreme Audit (AFROSAI-E) on Monday for its “impressive audit” into emergency obstetric care in the Gambia.

In the past 2 years, there has been a rising concern among the citizenry about maternal mortality in Gambia, prompting the NAO to probe emergency obstetric care in public health facilities under Ministry of Health and Social Welfare in 2020. The audit covered from January 2017 to 31 December 2019.

“We noted that some key Medical tools or certain important maternal and neonatal assessment equipment are not adequately available in some of the facilities visited. These include Suctioning machines, Oxygen cylinders and dopplers,” said the report published on NAO website.

“Furthermore, 58% of the facilities go for outreach programs without portable haemoglobin-meter (HB meters) at the trekking stations for testing HB. It should be noted that these are crucial to saving a person’s life or performing any procedure, detect and diagnose the problem/disease at a very early stage that aids the health facilities to provide prompt care and treatment.”

The competition received 107 reports from 18 countries in English-speaking Africa. The reports submitted for the prize, according to AFROSAI-E, covers a wide range of issues including public health, environment, e-governance, technology, among others.

“The audit illustrates serious problems in the emergency obstetric care with far-reaching consequences. There is a consistent aspiration to analyze causes of the identified problems.”

“In this way, the audit report has what it takes to help the government to reduce obstetric complications, maternal deaths and eventually healthcare cost….”

Meanwhile, the Auditor General Karamba Touray has expressed delight that they “efforts in helping the government judiciously utilise scarce resources is recognized.”

AFROSAI-E, established in 2005, is a member-based institution with 26 Auditors-General from English-speaking African countries making up its Governing Board. It is the English language subgroup of AFROSAI, the African branch of the International Organisation of Supreme Audit Institutions.