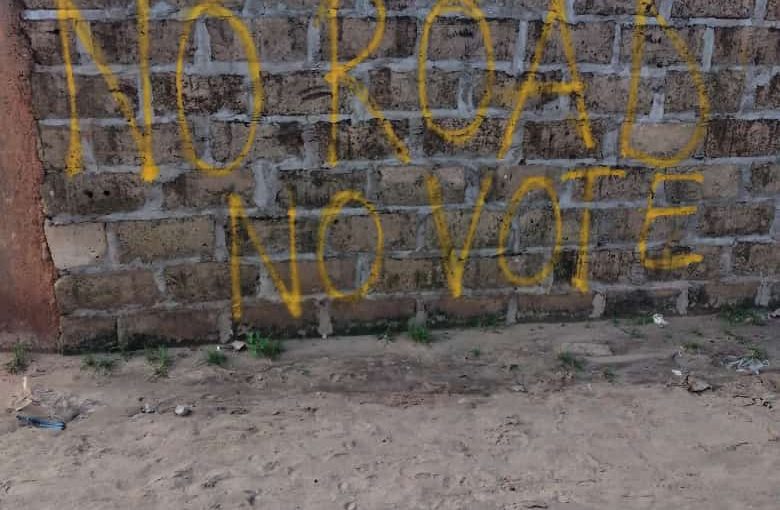 Access to good road network in any country is an essential ingredient for national development, as it facilitates the smooth movement of persons, goods and services, but that is not the case of Nemakunkun village forcing the residents to take a bold step by creating a movement to campaign for a “No Road, No Vote” pending the construction of their road before December polls as promised by President Barrow. The movement is making a heat up within the community and there are indications that their efforts will impact on the voter turnout.

NemaKunkun in Kombo North, West Coast Region, has never enjoyed a constructed road linking them to the Metropolitan town of Serrekunda usable and easy for commuters. This has left residents furious and are now ready to campaign against what they call lack of political will and priority shown to their plight.

Kebba Jobe the chair for the movement “NO ROAD, NO VOTE” lamented the sufferings and difficulties of plying inundated roads and vowed enough is enough as their children and women faces the brunt of the hardship during rainy season. Mr. Jobe emphasised the need for his community to take a firm stand and gather momentum for their cause.

“We have decided only to vote or entrust our votes to any party that is willing to listen to us with an action backed promised”, said Jobe.

Modou York, a resident echoed similar sentiments and decried the sufferings of the people for decades without any sign of improvement.

“Lack of proper road has hindered our business, limits accessibility during rainy season with school children and women falling victims of inundated roads”, he lamented.