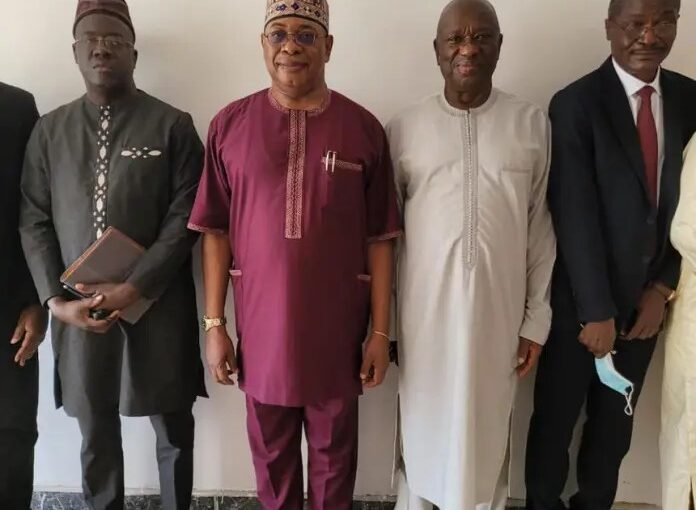 The courtesy call was meant to thank the Minister and his team for supporting his candidacy of becoming the new Secretary General of the Maritime body.

The Maritime body which was established in May, 1975 in Abidjan, Ivory Coast, is mandated to ensure safety, security and marine environmental protection, thereby also enhancing regional trade by sea.

In receiving the Secretary General and delegation, Minister Jobe reaffirmed the Gambia’s strong support and commitment to MOWCA at all times.

Minister Jobe assured the team that the Gambia will sign up the Regional Maritime Development Bank Charter. He anticipated that there should a robust participation of the West and Central African countries in the African Continental Free Trade Area- AFCFTA agreement through its maritime industry.

The Minister further reassured them of the Gambia’s cooperation and collaboration in areas of technical assistance and capacity development as well.

“We welcomed you to the institution after a very protracted journey to have you in place. Now you have the opportunity to salvage this organisation,” Minister Jobe said.

Adding that the organisation is very important to the sector and if properly function it could bring lots of positive development for the region.

For his part, Dr. Adalikwu expressed his sincere appreciation to the Government of the Gambia and its people for their support and solidarity with him during the process of election to the position of new Secretary General of MOWCA.

According to him, his new strategic objectives for the maritime body would be ensuring maritime security, safety, shipping development, clean and safe shipping environment.

He added that control over safer unregulated and illegal fishing in our waters would also be high on his agenda through collaboration with partners in Africa and beyond.

“My new governance approach will ensure efficiency of multi-modal transport systems and trade facilitation through port development with particular reference to achieving a cost effective or faster ship turnaround time and creating special berths and conditions for landlocked countries,” he said.

He stated that during his tenure, he would champion the cause for safer navigation in line with International Maritime Organisation (IMO), which is safety of lives at sea, among other conventions with member countries.