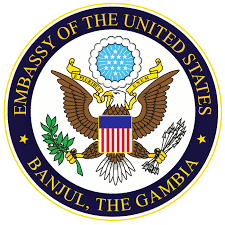 For the first time in more than a generation, Gambians are presented with an intimidation-free election, having embraced the democratic freedoms ushered in after they courageously cast their marbles in December 2016 to demand peacefully at the ballot box a break with the past. Even a casual observer can’t miss the energy and excitement – and, yes, tension – with a crowded political field of candidates vying to make their case to the voters of why theirs are the best ideas to move The Gambia forward in rule of law-based democratic governance, respecting citizen’s fundamental freedoms and human rights, and spurring economic growth and security.
Indeed, this is and must be a competition of ideas – and not a war of words. Candidates are busily presenting their platforms, considering political alliances, and appealing for votes.Importantly, all have called for a peaceful electoral period that permits a free people to exercise their rights and responsibilities without fear or intimidation during the pre-election debate as well as when they cast their vote on 4th December. All the speeches, the rallies, and political debates –all the energy Gambians are showing for the democratic process – reinforce the world’s understanding that Gambians charted a new course in December 2016 towards reinforcing democratic governance, and that they are passionate about it.

Of course, elections can sometimes go off course. In 2016, we saw those in power attempt to throw the vote away. It took the strong will of the Gambian people – and the tremendous moral courage of many in government who refused to subvert the will of their fellow Gambians – to pursue a different path, even when faced with intimidation. Ultimately, the desire to chart a new course, to create and sustain a democratic process prevailed. History was made, and the world recognized the Gambians’ passion for freedom – and achieving it peacefully.

The democratic gains forged by the Gambian people in 2016 and the fierce determination Gambians have shown over the past five years to continue charting this new course forward to transparent, equitable, rule-of-law based democratic governance accountable to the people is an inspiration to democratically-minded people the world over. For this reason, the U.S. Embassy is
working in coordination with international partners to support Gambian electoral processes, both those of the government and of civil society, including in fielding monitoring teams countrywide to observe the election process. We expect to find – as we did when we monitored the voter registration process – a credible process and an election in which all registered Gambian voters can freely and without intimidation make their voices heard by casting their marble for their preferred candidate. We will also have people working in the embassy, following the new and social media reports, and consulting with international and domestic observers. And Washington
is following very closely as well.
We join with the Inter-Party Committee, the registered political parties and independent candidates, and the voices of so many Gambians from all walks of life in encouraging a vigorous and most of all peaceful competition of ideas and casting of marbles. We urge a healthy dose of considered analysis of the many rumors and mistruths that will undoubtedly continue to circulate on social media.
May citizens of The Gambia continue to be an inspiration to billions around the world for the peaceful commitment to democratic principles! So, here’s to a #PeacefulVoteSmilingCoast#