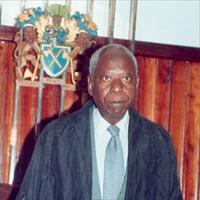 Information obtained from members of the panel and investigators into the aftermath of the 21 March 2006 coup plot hinted this medium that a paid witness implicated then Speaker of National Assembly, late Sheriff Mustapha Dibba. The erstwhile head of parliament was arrested in connection to the foiled coup and detained for nine days without charge. He was sacked and replaced by the then nominated member and Deputy Speaker, Madam Belinda Bidwell.

According to our sources, Sheriff Dibba’s arrest and detention was engineered by someone who was eyeing his position as Speaker of Parliament. The investigators indicated that the person paid a girl who received money from a bank in Banjul; although they declined to name the said person and the paid girl.

Investigators told this medium that it was then Chief of Defence Staff, Lieutenant General Lang Tombong Tamba and senior NIA officer, Momodou Hydara who vindicated Dibba and set him free. It was said that the day Dibba was released from detention at NIA, the then Director General of GRTS, Momodou Sanyang (late) came with a camera crew to record Dibba, but Lang Tombong Tamba intervened and stopped GRTS from filming him. Dibba was said to be in a disturbing situation by then.

One source said Lang could be heard saying, ‘’ No Sanyang, this man is an elderly statesman and we all know he is innocent in this matter. I cannot allow this to happen to him.” Our sources indicated that there was no doubt as to the innocence of Dibba because the young girl later confessed that she was used by someone to lie against him. This person was said to be a parliamentarian who was eyeing Dibba’s position as Speaker of the Parliament.

When contacted for his side of the story, the country’s first General, Lang Tombong Tamba admits his involvement in the release of S.M. Dibba, reasoning that he did it out of truth and fear of God. He indicated that he wasted no time in recommending and facilitating Dibba’s release after listening to the narration of the said young girl. He refused to name the girl and the person who paid her. Lang added that the said girl confessed to the investigators that she was used by someone. Tamba noted that the person who allegedly paid the girl did succeed in “becoming a Speaker’’.  He also confirmed the presence and involvement of then NIA officer Momodou Hydara in Dibba’s exoneration of the allegations leveled against him. However, Hydara could not be reached for comments. He is said to be living in the United States of America.

It could be recalled that veteran Politician and one of the founding fathers of the Republic of The Gambia and founder of National Convention Party (NCP), Sheriff Mustapha Dibba, was nominated by former President Yahya Jammeh and elected as Speaker of Parliament on 3 February, 2002.

On 6th April 2006, he was arrested and accused of involvement in the 2006 attempted coup plot allegedly masterminded by late Colonel Ndure Cham. He was released without charge on 15 April, and was replaced by then Nominated Member and Deputy Speaker, Mrs. Belinda Bidwell (late).