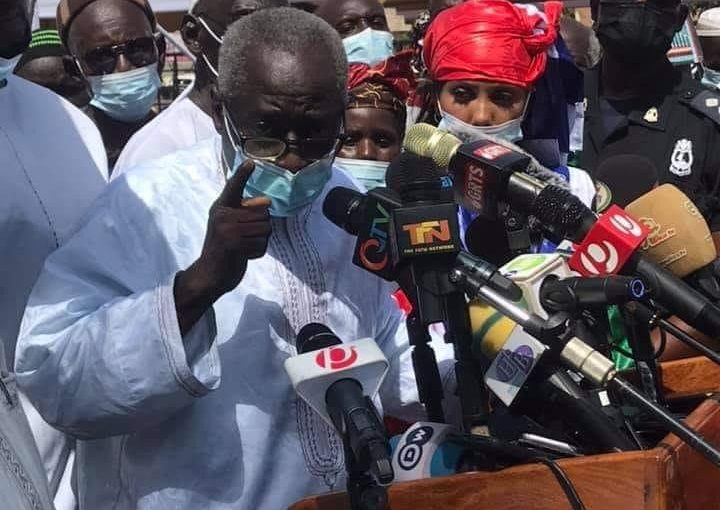 Mr. Hydara who was earlier backed by a faction of APRC supporters after former President Yahya Jammeh told Journalists that he could not go into alliance with APRC as agreed before due to lack of agreement between the two parties. Mr. Hydara said his destiny is in the hand of God and one of the reasons he pulled out of an alliance with APRC was that he doesn’t want to be a replica of a dictator.

The PDOIS candidate, also the Member of Parliament for Serrekunda, who is seeking the highest office for the second time, Mr. Halifa Ababacarr Sallah, made emphasis on his famous slogan “system change rather than regime change”. Mr. Sallah said Gambians have been suffering way too long in poverty and are now witnessing how their ocean is being exploited by other nations while the citizenry continue to pay heavily.

Sallah indicated that his government will create a sovereign cooperative wealth fund that will provide farmers and vegetable gardeners with loans payable without interest. He added that a system that will remedy the poverty predicament for farmers in rural Gambia.

Mr. Sallah recalled back in 2016, when Gambians gained their voice and power through the ballot which ushered in a new democracy for the first time. But, however, lamented the hopelessness and helplessness of the same people who fought for their right in 2016 adding that the same people still hold the power dynamic to effect change on December 4th polls.

Mr. Sallah also said this is his final and last bid for the presidency and final battle of ideas. He would no longer seek any political mandate from the Gambian people.

Former Army Major Alieu Sowe of Gambia Action Party after filing his nomination papers said his government will give more priority to women who are the most vulnerable in our society. GAP leader also said if elected come December he will give ECOMIG soldiers serving the Gambia three days (72hours) to leave Gambia.