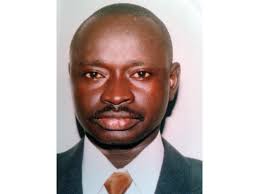 In a virtual meeting, Hon. Sanyang described this year’s undeniable different from previous years citing the COVID-19 pandemic that held the world at a standstill.

Minister Sanyang told participants that the Gambia is not oil producing country, but however have significant prospect for oil and gas cognizant of its strategic location within the MSGBC Basin.

Mr. Sanyang further stated that The Gambia has six offshore blocks (A1-A6), two onshore blocks that are yet to be demarcated with plans on the way to demarcation them in the near future.

Reiterating on government’s commitment to settle arbitration proceeding, the Government of The Gambia entered into a settlement with PETRONOR that end arbitration brought by African Petroleum against the Gambia before the international centre for the settlement of investment.

Hon. Fafa Sanyang assured the international community that the Gambia is open for business.

The all Africa Oil Week submit brings together national and international oil companies, independent investors and service providers to discuss on strategies on how to drive investment into the African upstream.