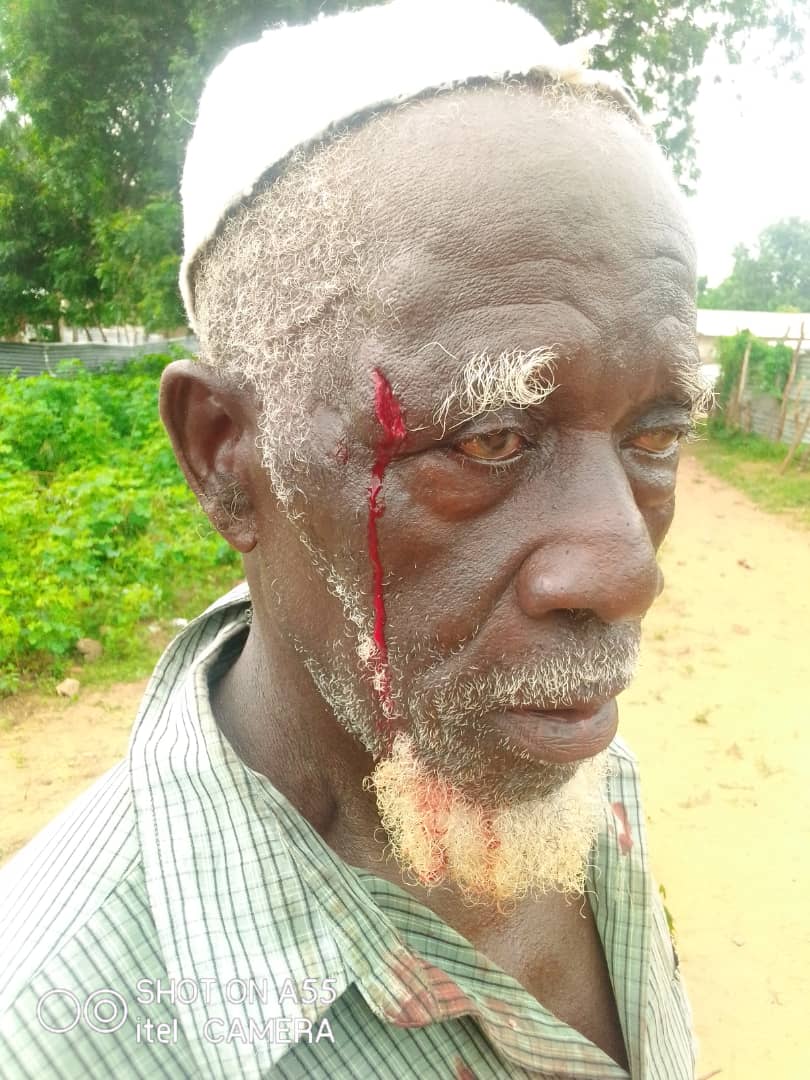 According to the Public Relations Officer of the Gambia Police Force, Prosecutors at Jareng station, Central River South, has charged an Eighty year old man from Niamina Sambang Mandinka Village for threatening violence and prohibition of conduct, despite been assaulted by a mob.

It could be recall that Mr. Fakebba Barrow an Eighty year old man and ten others from Sambang Mandinka Village in Niamina West were on 12th August 2020, arrested by Jareng Police and detained at Bansang Police station for over 48 hours. The incident was as a result of land dispute that ensures between the twin Villagers of Sambang Mandinka and Sambang Fula.

According to the old man and some other eye witnesses to the incident, shortly after midday there was a tension over land ownership between the twin Villagers at the bush. The old man was at his shop and saw an angry mob towards him; among them some were shouting “there will be no kola nut business here anymore”. Pa Barrow said he is the only Kola nut seller within the two Villages.

As the armed mob advances towards him, he said he ran into his shop after which stones and hard objects were thrown at him whilst others pulled down his local fence, jumped into his backyard and demolished his chicken hut. The shop was also vandalised and amount of CFA 3000 was missing, according to him. The old man said someone among the mob hit him with an object leaving him injured on the eyelid.

Pa Barrrow explained that some of the mobsters were armed with sticks, iron bars, stones and one of the attackers was armed with a hunting gun.

Fakebba Barrow was born in Gunjur Village, Lower Badibou, North Bank Region and settled in Niamina Sambang Mandinka since 1965 as a businessman and farmer. He developed a very good bond with the people of the area and spent most of his time in traditional Court of then late Chief Ngange Bah. Chief Ngange Bah was a very respectable and feared Chief at the time.

Fakebba Barrow was the right hand man of Chief Bah who never decided or sat over cases without consulting Pa Barow. He and the Chief shared food on daily basis from the same basin at family levels. He became a mediator between the people of Niamina West and Chief Bah.

In a sombre mood chat with this medium, Pa Barrow shook his head with disbelief about the incident of which he had no hand or involvement in. “At no point in time did I ever involved myself in whatever land dispute between the people of Niamina West and the twin Sambang Villages”, said the eighty year old man.

The old man said he is a proud Badibounka and there is no reason for him or any of his family to involve in a land dispute where they have no ancestral land connections.

“Since my settlement at Sambang Mandinka I and my family only farm a land that was given to us by my host and no point in time we claimed ownership of any land in Niamina, lamented the old man.

The Police Spokesperson Superintendent Njie said the old man with other persons were arrested in connection with a conflict that happened at Sambang sometime ago and were charged with offences of threatening violence and prohibition of conduct. He added that the matter is before a Magistrate Court in Jareng.