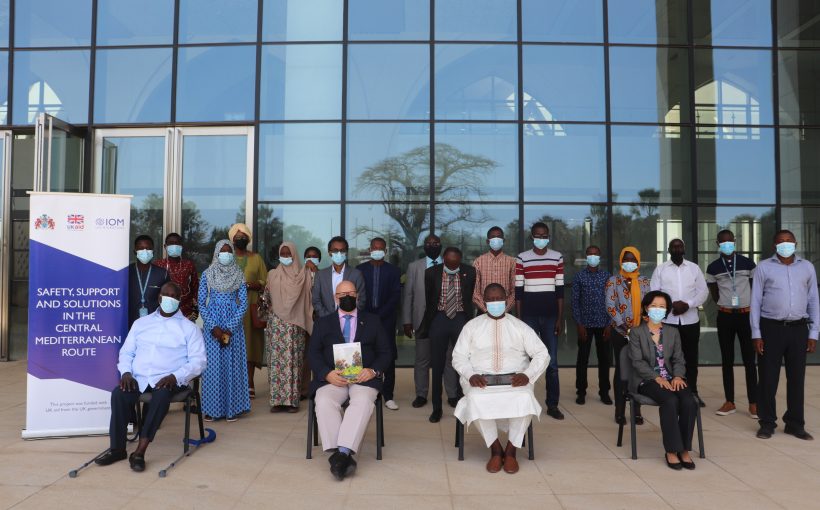 Banjul – A study conducted by the International Organization for Migration (IOM) on the impact of indebtedness on returnees in The Gambia reveals that 55 per cent are in debt, with over half characterizing either the shame or burden of their indebtedness as a hindrance to their reintegration in their home communities. Launched by IOM, the Gambia Bureau of Statistics (GBoS) and the British High Commission on 18 March, the study highlights that many migrants take out loans and incur debt from relatives and friends to finance their journey, as migration becomes increasingly hazardous and costly.

The study shows an average of GMD 54,971 of indebtment per migrant, ten times the average monthly income in The Gambia. On a personal level – social and psychological – many of those surveyed cited feelings of anxiety, failure, social isolation and fear of not being able to repay their obligations.

Moreover, borrowing money to migrate and then being unable to repay these loans can represent a palpable, physical danger for migrants and their families. The study uncovers that one out of five returning migrants in debt reported having been threatened, abused or subjected to acts of violence to force them to repay their debts.

“IOM defines reintegration to be sustainable when returnees have reached levels of economic self-sufficiency, social stability within communities and psycho-social well-being,” explained Mr. Nyakassi M.B. Sayang, GBoS’ Statistician General at the launch. “This study will help find better ways to support the reintegration of returnees in a conducive environment.”

“Good data collection and research on migration are essential to shape successful interventions. We hope this serves as a springboard for further high-quality interventions in The Gambia,” echoed H.E. Mr. David Belgrove OBE, British High Commissioner to The Gambia. “The UK government has recognized that, to influence global migration, it needs to invest in shaping the wider international response – which is why the Foreign, Commonwealth and Development Office is proud to have funded the work leading to this important research that will hopefully help address the root causes of irregular migration.”

IOM encourages the implementation of programmes to raise awareness among potential migrants, returnees, their families and communities on the economic and psychosocial impacts of migration-related debt on reintegration. IOM also recommends the development of protection programmes targeting returnees in debt.

“We know for a fact that data and evidence are still lacking in The Gambia, especially on migration issues,” emphasized Ms. Fumiko Nagano, IOM’s Chief of Mission in The Gambia. “We hope the findings will give the government a sound basis to better understand the vulnerabilities of migrants to design and implement policies and interventions that are targeted and effective.”

This study is part of the “Safety, Support and Solutions along the Central Mediterranean Route” programme funded by the Foreign, Commonwealth and Development Office, the United Kingdom’s foreign policy and development agency.