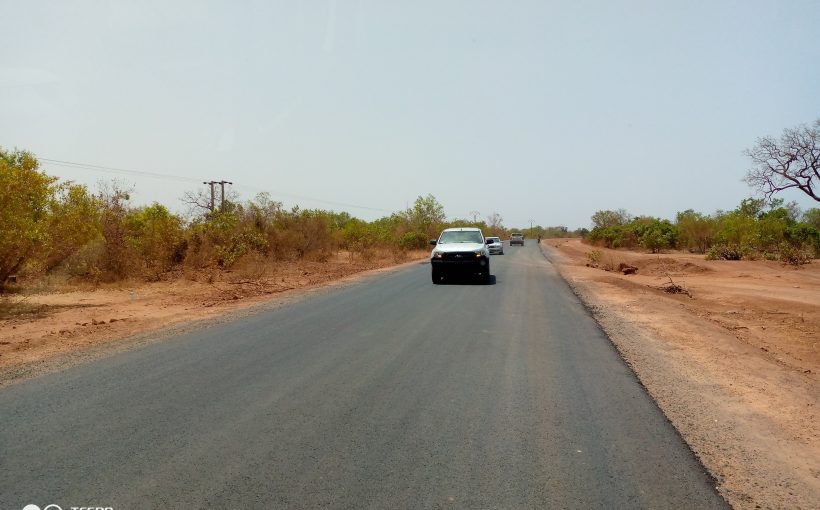 The ball has been set rolling for the much-anticipated construction of roads in the North Bank, from Hakalang in Nuimi to Ngayen Sanjal, Kaur-Jimbala in Saloum, and Kiang roads in the Lower River Region.

The Committee has responsibility of monitoring the progress of work and ensuring the deadlines and the costs of the projects as agreed in the contract documents, are achieved. The PSC will report to the Minister of MoTWI, from time to time on the progress of work, challenges faced and the way forward during the implementation.

The PSC will also support the contracted service providers – consultants and contractors, in providing guidance and feedback on budgets, mitigating risks and resolving conflicts, in the interest of smooth progress of the works.

During the inaugural speech of Mod k. Ceesay, Permanent Secretary of MoTWI, on behalf of Hon. Bai Lamin Jobe, Minister of MoTWI, he described the inauguration of the PSC as both relevant and timely.

“The purpose of the PSC is very clear and simple. We know that during the implementation of projects, we normally face challenges and problems, and usually these problems could stem from anywhere, including our development partners, service providers, or even PE’s and government. So, coming together and identifying problems, even before they occur, will allow us to proactively get ahead and solve them,” he said.

According to PS Ceesy, the committee will receive periodic progressive reports from the consultants, through the Project Implementation Unit (PIU), for review and endorsement. The PSC will also review periodically the project budgets as well as the work plans.

PS Ceesay further added that members of the PSC were selected to ensure full stakeholder representation, as well as to achieve efficiency and transparency.

“All the members of the PSC are critical, especially Office of the President, National Roads Authority, Ministry of Finance, service providers such as NAWEC and GAMTEL and the Regional Authorities,” he said.

Commenting on the Kiang roads, PS Ceesay stated that the tenders for the construction of the roads will soon be opened.

Mr. Ben Suvissi, the lead Consultant for both the Nuimi -Hakalang and North Bank Rural Road projects, promised to deliver quality work for the projects. “This is what is obtained in other countries around Africa and the world at large. A Steering Committee is important for the successful implementation of any project,” he said.

Similar remarks were made by representatives of Arezki and CSE, the contractors of the projects. They both expressed readiness of their companies to execute the projects as expected and to deliver within the stipulated contractual agreement of 16months.

To recall, the Nuimi-Hakalang project will cost about 1.2billion Dalasis, funded by the Government of The Gambia. The length of the road is 86 kilometers and is expected to be completed in 26 months. The contractor is CSE.

The North Bank Rural Roads is in two lots:Lot 1 is contracted to Arezki Company; it covers Saba Sukoto to Bambali, Sarakunda to Ngayen Sanjal, a distance of 38 kilometers.

Lot 2 is contracted to CSE; it covers Kaur to Jimbala, Kaur to Kerr Uldeh and Kaur – Janneh Kunda to the border village of Kerr Chaindu, a total distance of 48 kilometers.

The entire North Bank Rural Roads project is costing about 1.6 billion Dalasis, for a duration of 16 months, funded by the Government of The Gambia.