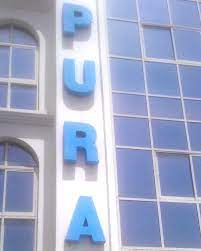 The Public Utilities Regulatory Authority (PURA) of The Gambia has concluded a two- day visit to media houses to strengthen relationship and scout new opportunities for future partnership.

The media house visit was conducted on Wednesday 24thand Thursday 25thMarch, 2021 by the Directorate of Human Resource and Corporate Affairs of PURA withthe overarching goal to further strengthen already existing relationship between the Authority and the media institutions in the country.

The principal purpose of the visit was to forge new relationship with the media in respect of reporting PURA messages to the public. In short, media as a critical player would serve as important conduit between PURA and its audience. With this renewed PURA-Media partnership, the public will be adequately informed about the Authority’s mandate and other sustainable efforts deployed to protect the interest of the public.

The visiting team also discussed the plans for coverage on the much anticipated planned visit of the Malian National Petroleum Office (ONAP) to the Gambia due on Monday 29th March 2021 with a view to ensuring accurate, balanced and factual reporting; a visit that will afford the ONAP officials the opportunity to know about the mandate of PURA and its related intervention areas.

Commenting on the visit, Mr. Yaya B. Baldeh,PURA new Corporate Affairs Manager said that: “This latest tour to the media institutions is indeed a journey towards new path to enhance and build a new grandeur with our valued partners in national development. As champions of partnership and professionalism, we deemed it apt to re-establish ties with the media in passage of PURA messages in a consistent, balanced and verifiable piece of information to the public regarding the Authority’s engagements. “

He expressed delight and appreciation over the warm welcome accorded to them by the media institutions.

Jocelyn Johnson, PURA Human Resource and Corporate Affairs Officer hailed the efforts of the visited institutions for the warm welcome accorded to the team, saying that it really displayed degree of the media’s readiness for a progressive partnership.

Lamin Cham, editor-in-chief of The Standard Newspaper assured the PURA delegation their unflinching readiness and commitment towards publishing the Authority’s stories.

Adama Makasuba, news editor of The Voice Newspaper assured the delegation that they are ready to partner with PURA to ensure accuracy and factual based reporting. He described the media tour visit as unprecedented.

For journalist Kebba Ansu Manneh, the step taken by PURA’s Corporate Affairs team is a step in the right direction which will certainly help in access to information whenever the need arises. He further commended the team, saying such is ‘first-time in history’ and encouraged the team for the good work.

Baba Hydara of The Point Newspaper said: “We look forward to working cordially with PURA. Having such visit is first-time and is quite refreshing toward the new path. Our relationship is a long one and we definitely want to sustain it for posterity.”

Tijan Njie, editor at Foroyaa Newspaper thanked PURA for long-standing partnership, adding that Foroyaa’s doors are always open more so in collaborations such as news coverage.

Malick Jones, Content Director and Programme Manager at Star TV/FM assured his management’s collaboration with PURA whenever the need arises.

Lamin Njie, editor-in-chief of the Fatu Network expressed gratitude and delight over the media visit extended to his network. He indicated that citizens depend heavily on PURA when they want certain issues to be addressed, noting that the new path taken will certainly augur well in ensuring that the citizenry will appreciate and get full understanding about the work of the Authority.

“This will undoubtedly strengthen PURA’s outlook. As an institution we are willing and ready to work with PURA,” he stated.

Ade Daramy, editor-in-chief of QTV remarked that: “This is a beginning of a new path and we really appreciate this moved. Often we would want to verify stories relating to the work of the Authority, but we find it difficult to get a contact person.”

The Public Utilities Regulatory Authority (PURA) of The Gambia is an independent multi-sector regulatory agency established and empowered under the PURA Act 2001 to regulate sectors such as Broadcasting, Electricity, Telecommunications, Petroleum, Transportation, Post, Water and Sewage.

The Authority strives to protect the cardinal interest of both consumers and service providers within the aforesaid sectors. It also plays a leading role in providing guidelines on rates and fees for the provision of an effective regulated public service system. In addition to its mandate, the Authority monitors and enforces standards of performance with a view to enhancing quality service delivery mechanisms.

The Authority envisages to becoming a knowledge-based hub that is highly relevant to the development of public utility services via the promotion of investment for quality service delivery in The Gambia. To this direction, the urgent need to create a competitive environment for utilities to uphold the principle of providing quality services affordable and accessible to consumers.