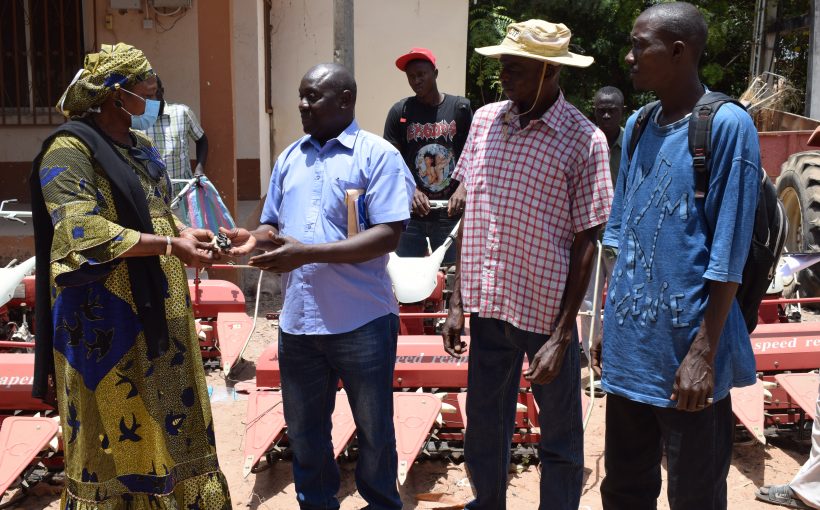 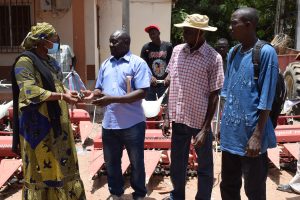 In a bid to strengthen agriculture and empower rural youths in the Gambia, the Minister for agriculture over the weekend handed over farming equipment to youths in two regions. Twenty youths from Central River Region and Upper River Region benefited from this government and African Development Bank supported funds.

In a handing over ceremony at the Basse Regional Agricultural Headquarters, the Minister for Agriculture Hon. Amie Fabureh pointed out that she and her team at the ministry are action orientated. “We have moved away from talking to action,” the minister told the gathering. “What we are thinking now is how to set up an agricultural bank that would give loans to farmers in a minimal interest,” the minister said. Hon. Fabureh assured the farmers in rural Gambia her ministry’s plans to transform the agriculture sector into mechanise farming system.

Kissima Camara a youth beneficiary assured the Minister of Agriculture that with the new farming equipment, more youths would venture into farming. He said this was the first time equipment of that nature was handed to the youths directly.

Fatoumatta Kanouteh a National People’s Party (NPP) supporter  applauded President Adama Barrow for appointing Hon. Amie Fabureh as Minister for Agriculture. She said within a short period of her appointment as a minister, Hon Fabureh has accomplished a lot. Kanouteh said Hon Fabureh achievement is attributed to her mastery of the sector. She called on Gambian government to give the maximum support to the ministry of agriculture for self-food sufficiency.

The deputy governor of URR, Essa Conted commended the government for its foresight in supporting the youths. He said the development of the country depends on how much attention is giving to the agriculture sector.

A Similar handing over was also done in Sapou in CRR.