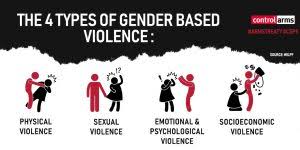 “In reporting Sexual Gender Base Violence (SGBV) cases it is essential for media practitioners to understand the magnitude and trend of SGBV. This can be done by looking at the numbers, types and places where incidents usually occur from the collected and analyzed data on SGBV”.

During a two days training of print and electronic media personnel on reporting cases of sexual gender base violence organized by UNDP Project funded by the Irish Government, held at UN project office at Kololi New Road on 1st -2nd July 2018.

In a presentation by Mr. Fallu Sowe, the National Coordinator Network Against SGBV, the Gambia has recorded 2, 123 cases of sexual gender base violence across the country. Mr. Sow highlighted a data record which show a significant increase in the country as recorded within a span of five years. This he said is very worrying and should be the role of the media to play role in exposing the menaces in a professional standard way that it would not cause any harm or trauma to the survivors of the act.

ANNUAL RECORDED SGBV DATA FROM THE CARE TEAM IN 2015 shows

Sexual Violence = 56 (47 were against children)

Physical violence = 16 (15 were against pregnant women)

It is deduced from the analysis of SGBV data in The Gambia that 41 percent of women age 14-49 have experienced physical violence at least once since age 15.

The data also shows that 75 percent of victims of SGBV are children and 90 percent are women and girls.

The data also highlights the relationship between the survivors and perpetrators were related by blood marriage, shares or has shared the same residence with the victim and persons of authority within the homes and community.

In many instances as captured by the data, SGBV cases are treated as private and negotiated at community level.

The Admin data from National Gender Base Violence also recorded that sexual violence, particularly rape, is on the rise in the Gambia for the past years and most women were affected by intimate partner violence are pregnant women.