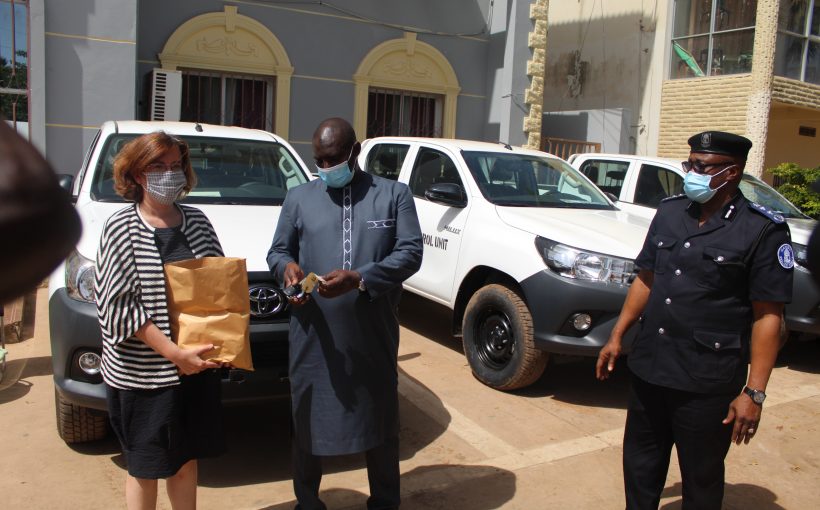 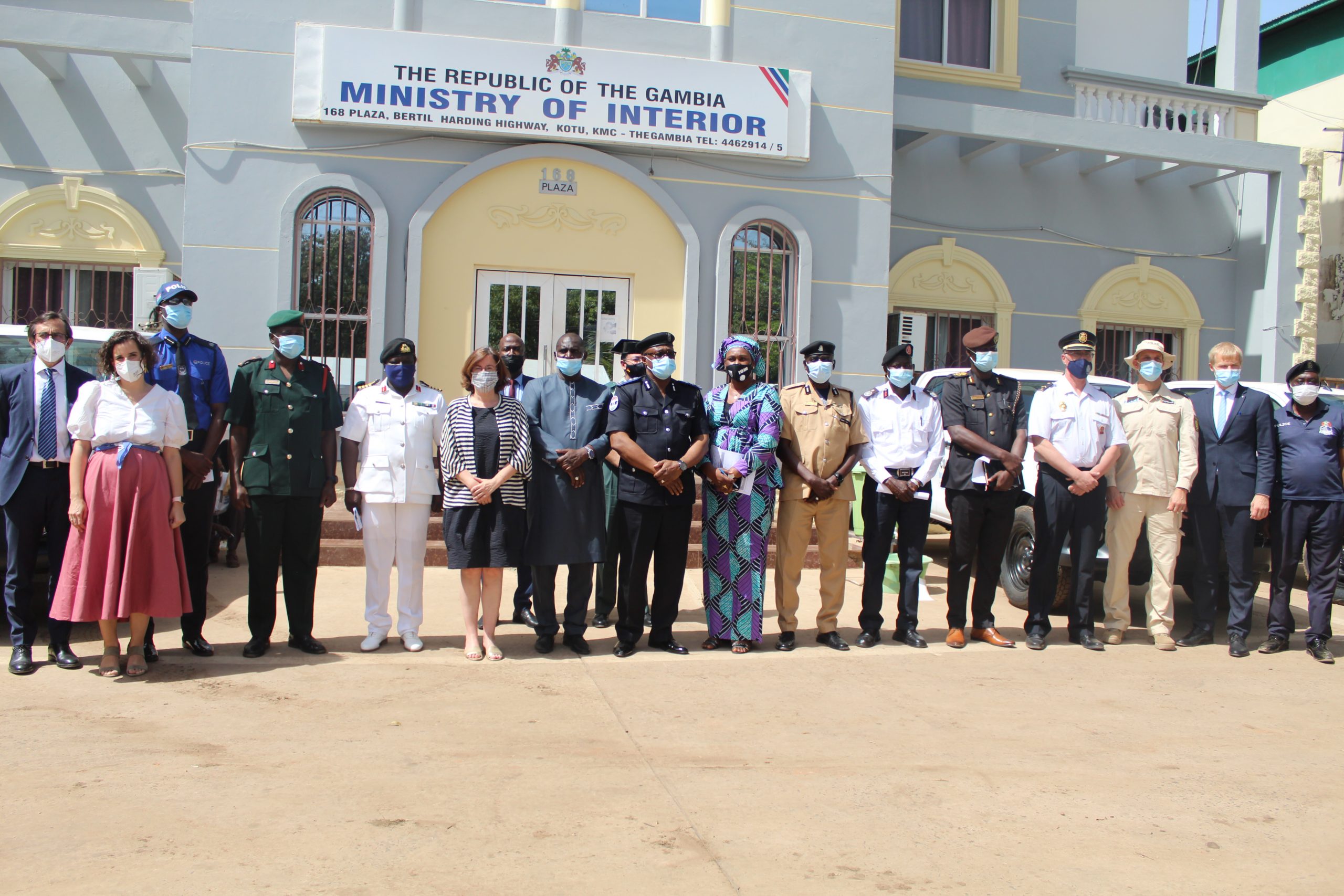 The Spanish Government, through it’s Ministry of Interior, on Wednesday 24th February, 2021 handed over donated items comprising,9 vehicles, 3 motorbikes,10 computers and communication gadgets to the security institutions of The Gambia through the Ministry of Interior.

The handing over ceremony, which took place at the ministry’s complex in Kotu, was meant to strengthen the bilateral relations between the Kingdom of Spain and the Republic of The Gambia, towards fostering joint-cooperation amongst security institutions to combat organized crime and irregular migration.

In her welcoming remarks, Mrs. Fanta 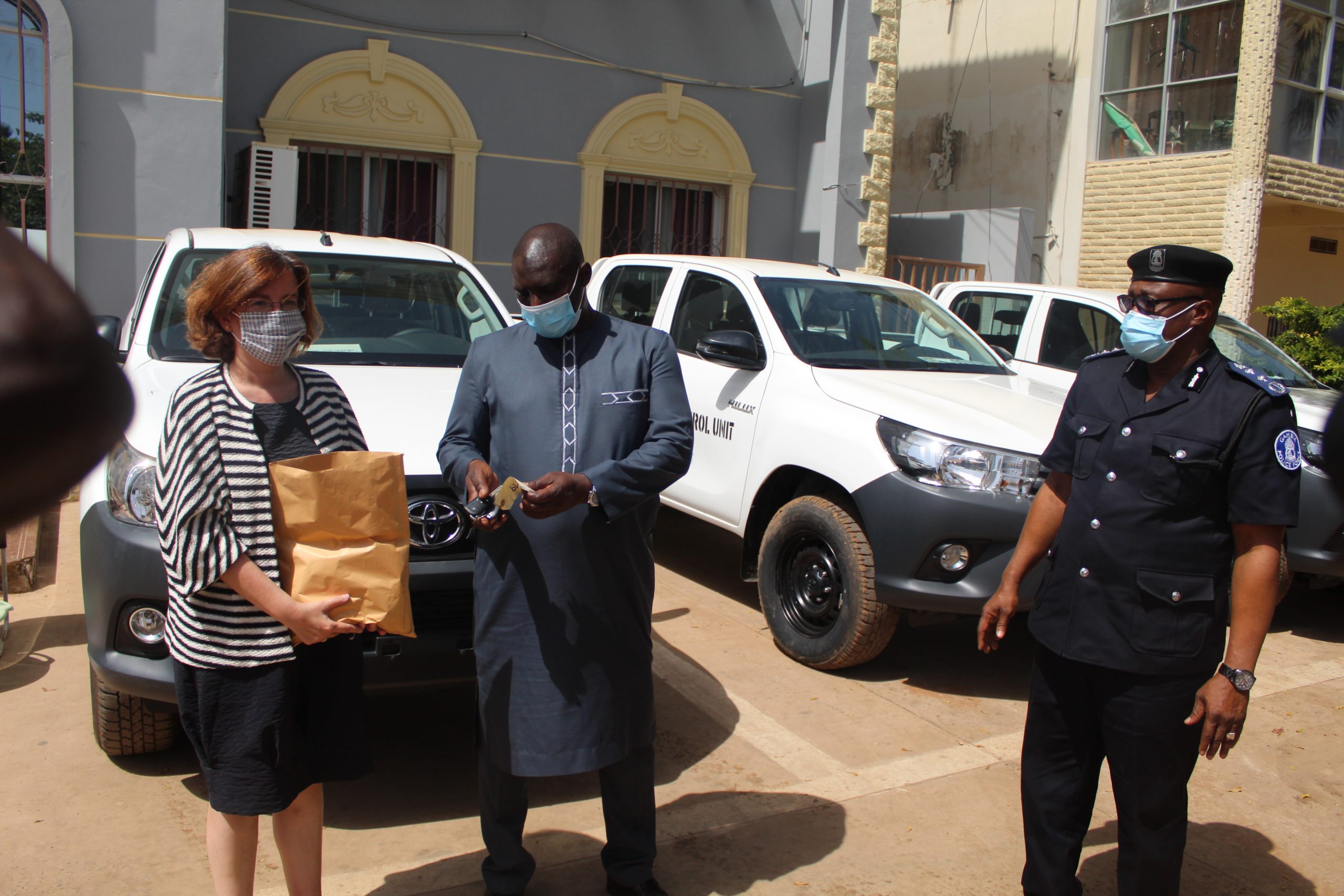 She further called on all stakeholders to ensure that the donated items are wisely utilized in the best interest of the beneficiary security institutions.

Speaking at the ceremony, the Ambassador of Spain to Dakar, Olga Cabarga said, Spain has been investing in the security of the people of The Gambia since 2006. She explained that since from inception, The Gambia and Spain have been working closely in the area of migration among others, following the observation of the guiding principles of Spain foreign relations which is, ‘‘putting people first.’’

“In this context, Spain and The Gambia have developed joint police cooperation against organized crime and irregular migration to support our Gambian counterparts in the fantastic job they are doing to protect the people. We have developed this intense cooperation with The Gambia Immigration Department, The Gambia Police Force and also the Navy, which is aim at preventing the proliferation of illegal trafficking networks and the unlawful practices that put people’s lives at risk”. she said.

Ambassador Cabarga hopes that the donated materials will serve the purpose to reinforce the ongoing working relation between the two countries.

She assured The Gambia Government of her country’s continuous unwavering support in the security of The Gambia.

Representing the Minister of Interior, Mr. Assan Tangara, Permanent Secretary Ministry of Interior said, some security institutions are faced with mobility constraints as well as modern technology to mount effective surveillance in the borders of the country, to combat irregular migration, illegal proliferation of weapons, drug trafficking among other transnational crimes.

He further added that the donated vehicles will help the relevant beneficiary security institutions to effectively combat crime and secure our borders through conducting regular border patrols along the coast. Mr. Tangara thanked the Spanish Government, for the laudable gesture.

Speaking on behalf of the beneficiary security departments, the Inspector General of Police, Alhagie Mamour Jobe said, the donation signifies the bond of friendship and cooperation between The Gambia and Spain. He expressed gratitude to the Spanish Government and counts on their usual support in the security of the Gambia.