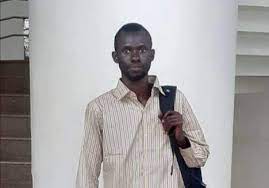 By Ousman A. Marong
Numerous attacks against journalists’ by security personnel, party surrogates, and individuals are becoming and unbecoming and in what the Migration Reporter’s Association of The Gambia (MiRAG), considers a safety of journalists red flag ahead of the December 4, 2021 presidential race to State house.
On April 19, 2021 a Prison Warden physically Attack Journalist Yankuba Jallow, of Foroyaa Newspaper, in Serekunda, while he was covering a trial involving senior officials of the defunct National Intelligence Agency (NIA) now Security Intelligence Service (SIS).
After the proceedings, Mr. Jallow, decided to take a picture of accused persons standing trial and are been escorted by the prison wardens.
The warden then cornered Jallow, and ordered him to surrender his phone and stop snapping.
The reporter refused the order and some prison wardens joined him and try to forcefully obtain his phone.
Remember these security      personnel could have been the people whom he would have run to for protection in case the situation was out of hand.
In another incident, journalist Buba Gagigo, of Kerr Fatiu, an online media also had his fair share from Ebrima E. Njie, a presidential photographer to President Adama Barrow.
The young promising journalist was attacked and physically assaulted while covering President Barrow’s registering for his voters card on Wednesday 2 June 2021 in Banjul.
MiRAG, therefore, condemns these attacks and call on the police to ensure that journalists are protected in the course of their coverage of public events including the electoral process. The police must also deal resolutely with all acts of election-related violence by arresting and ensuring the prosecution of the perpetrators. We urge all the political parties to educate their supporters to eschew violence in all forms, particularly against journalists, and to appreciate the role of the media in the electoral process.
Signed
Ousman A. Marong
Secretary-General
Migration Reporter’s Association of The Gambia (MiRAG).