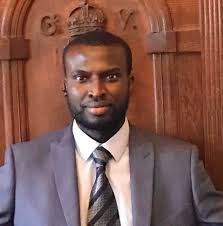 The squad of lawyers defending interdicted Chief Superintendent Muhammed Kanteh, the former Operations Commander of the Gambia Police Force West Coast Region, has on Friday 12th September 2020, filed their “no case to answer” submission on behalf of their client who is standing trial on a single criminal charge, before Magistrates Peter Adoh Che of the Brikama Magistrates’ Court.

The accused Muhammed Kanteh has been charged with the offence of “NEGLECT OF OFFICIAL DUTY”.

The particulars of the offence indicates that on 26th January 2020 at Brikama Police Station, West Coast Region, while on duty as a Police Superintendent (chief of operation) in charge of the Police standby personnel in readiness for the permitted protest of “OPERATION 3 YEARS JOTNA” movement, the accused person willfully neglected  his duty leaving his duty place to attend to two of his brothers who were admitted at the Serrekunda General Hospital  and one of whom was allegedly stabbed and the other wounded in the protest, using vehicle registration number Gamtel 9 which was officially designated to him to cover the activities of the protest without prior authorisation or approval from the authorities thereby committed an offence.

However, the said ‘no case’ submission was filed to the Court on behalf of Counsels Lamin S. Camara and Lamin L. Darboe by Barrister Yankuba Darboe.  The defence team submitted that it is a trite legal principle of Law that in a criminal case the prosecution carries both the legal and evidential burden on the charge levelled against the accused and the prosecution must prove that charge against the accused beyond reasonable doubt.

The lawyers also argued that the burden as noted above is on the prosecution to prove all elements of the above charge against the accused. It is however submitted that the prosecution has woefully failed to discharge that burden even on a lower standard of proof which is on the balance of probability much more beyond reasonable doubt.

The defence delved into the evidences adduced by the six prosecution witnesses and the two exhibits tendered by prosecution. The evidences of prosecution according to them unfortunately woefully failed to assist their case, due to inconsistent, contradictory and false evidence and further argued the prosecution’s evidence failed to support their charge that the accused person had indeed neglected his official duty on the 26th of January 2020.

Lawyer Darboe accused witness Jassey of misleading the Court that he did not have the authority to give permission to the accused to go to the hospital as he did on that date, which he said was proven to be false as prosecution’s witnesses Deputy Commissioner Ken Mendy, Commissioner Famara Jassey and Deputy Superintendent Gass Sabally, all confirmed that Assistant Commissioner Buba Jassey indeed has the authority as the immediate superior officer of the accused to grant him the permission.

Otherwise what was the purpose of giving him the vehicle? Is it to remain with him at his post or travel with it to visit the hospital’?

The prosecution’s fourth witness was Police Superintendent Mrs. Gass Sabally who presented the Police Station diary of the Brikama Police station. The lawyers presented that the objective of the prosecution in bringing in witness Sabally and producing the Brikama Station diary was to establish that the accused had failed to enter his exit to visit his wounded brothers at the hospital in the Police Station diary which supposed to record all activities of Police officer.

However, Darboe described this evidence as a fall on its face from the outset as witness Sabally confirmed that despite the intention and purpose of the Station diary unfortunately their diaries do not record all activities of the Police officers at the station.

The defence team cited similar cases from Nigerian and Gambian Courts to support their ‘no case to answer’.

“Based on the above submissions advanced which have clearly proved that the prosecution failed in their best attempts to establish a ‘prima facie’ case against the accused person, we humbly and sincerely pray this honourable Court acquit and discharge the accused of the charge levied against him and urge this honourable Court to order for the accuse person be reinstated and paid his full salary from the 26th January 2020 to date”.

Magistrate Che will on Thursday 17th September, after analysing all the evidences before him and the points of law cited by both the prosecution and defence in their submissions, rule on law whether to acquit and discharged the accused person or call on him to open his defence against the charge.