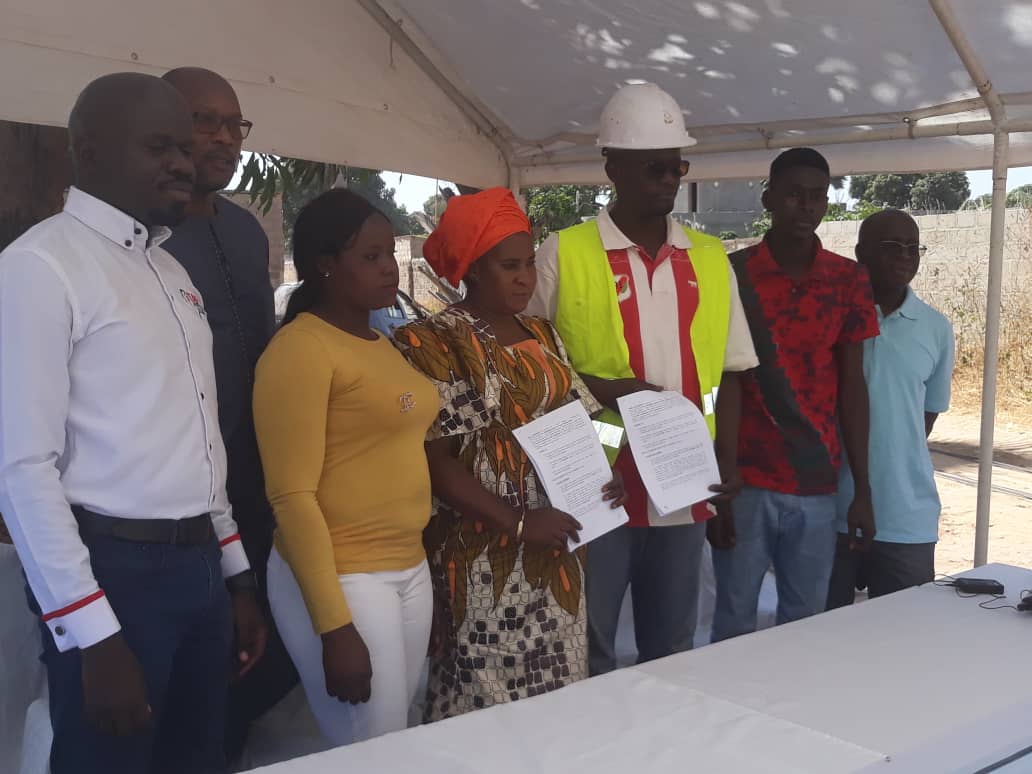 The Solo Sandeng family home project was on Saturday 1 January re-launched to complete the ongoing construction of the family home in Brufut. The late Youth Mobiliser of United Democratic Party Ebrima Solo Sandeng scarifies his life for the realisation of democracy in the Gambia. He was arrested on April 15 2016 by Gambian security officers whiles leading a protest march for electoral reforms.

Mr. Sandeng left a family dream home before he was struck with the cold hands of death under the brutal and tyrant leadership of former president Yahya Jammeh. The D1.5 million donor project is currently under way with support from Gambians at home and abroad.

Speaking on behalf of the family, project manager, Dr. Malangding Jaiteh said Solo toiled hard to provide a home for his family but his dreams were cut short by his untimely death.

Madam Nyima Sonko, wife of the late political activist shed tears of joy as the anxiety of a dream home is about to be realised. She extends gratitude to all those who in anyway contributed penny and butut towards fulfilling her late husband’s dream.

Muhammed Sandeng son of the deceased, described his father as a role model and someone who will go any length to provide for his family. “The completion of this home project will relief us and restore our hope of a dream home’, said Muhammed.

He further thanked donors and well wishers to continue their financial efforts towards the realisation of the estimated amount of D1.8 Million to finish the entire construction.

The 280 square meters home is estimated to cost between D1.8 to D2 million for completion.