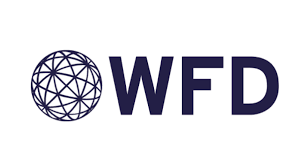 The mission observed the process at the invitation of the Independent Electoral Commission (IEC) and primarily focused on media freedoms and media and social media coverage of the election, as well as on the rights and opportunities of women, youth, persons with disabilities and other underrepresented groups to participate in the electoral process.
The TEEOM found that media freedoms were largely respected for these elections but the legal framework for media and freedom of expression remains in need of reform. There is also a need for institutions, including the IEC, to be better prepared in future to deal with the online environment and digital risks to electoral integrity.
The TEEOM also found that while there are no legal obstacles to women’s participation there is a lack of political will to promote the role of women in political life and that some barriers to the full participation of marginalised groups are evident.
In its Final Report, the TEEOM has offered 28 recommendations aimed at contributing to the further consolidation of the electoral process in The Gambia, principally to address issues relating to media and inclusion. Notably the TEEOM recommends for:
• The IEC to enhance its communications strategy and its capacity to manage the online
environment and digital risks relating to the elections. 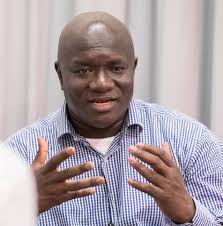 • The IEC to ensure its Gender and Inclusion Unit is fully mandated and resourced to fulfil its role to ensure effective inclusion and outreach strategies for relevant communities.
• Political parties to prioritise the meaningful inclusion of women in senior party positions.
• Lawmakers to consider legal reforms to ensure protection for media freedoms.
Speaking about the TEEOM’s Final Report, WFD’s Chief Executive, Anthony Smith, said: “We are hopeful that the findings and recommendations presented in this report can be used to support further consolidation of democratic development in The Gambia.”
The mission comprised three international experts supported by a team of national experts and media monitors. It was conducted in-country as well as remotely and conducted its work in accordance with the Declaration of Principles for International Election Observation, to which WFD is a signatory.
For more information, email comms@wfd.org
Thematic Election Expert Observation Mission
The Gambia Presidential Elections 2021
Notes to editors:
About Westminster Foundation for Democracy
Westminster Foundation for Democracy (WFD) is a signatory to the Declaration of Principles for
International Election Observation and is the UK public body dedicated to supporting democracy around
the world. WFD works with parliaments, political parties, and civil society groups as well as on elections
to help make countries’ political systems fairer and more inclusive, accountable, and transparent. Visit
www.wfd.org for more information.