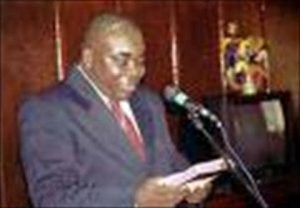 Unimpeachable sources closed to the former Nigerian-born Chief Justice of The Gambia, Hon. Justice Emmanuel Akomaye Agim confirmed to the Trumpet Newspaper that on the day of execution of the Mile II 9 inmates, he refused to attend the meeting at State House. The sources stated that Justice Agim was very mad with Yaya Jammeh and his ministers in trying to conditioned him to get involved in the execution. It has been gathered that Jammeh wanted the Attorney General’s Chambers, Office of Chief Justice and Interior Ministry to conduct the execution without his (Jammeh) personal involvement. 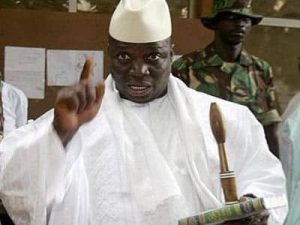 According to the sources, the then Nigerian head of The Gambia’s Judiciary refused to associate himself, or have anything to do, with the execution. When his office was contacted by Jammeh’s State House to get involved, Agim ignored their request on several occasions. He later sent the then Director of Special Litigations, Lawyer Daniel Kulo with the copy of the section of the Law which empowers the President to sign for the execution of any death row prisoner, the Trumpet was informed.

On the evening of Thursday, 23 August 2012,  Jammeh converged a meeting at State House with then Secretary General Njogu Bah, then Interior Minister Ousman Sonko, Lawyer Lamin Jobarteh, then Attorney General and Minister of Justice and the then Inspector General of Police (IGP) Yankuba Sonko. But Justice Agim refused to attend even though his office was contacted. He was said to have switched off his cell phones and left office earlier to avoid being reached on the office line. He could not be also reached at home, sources revealed.