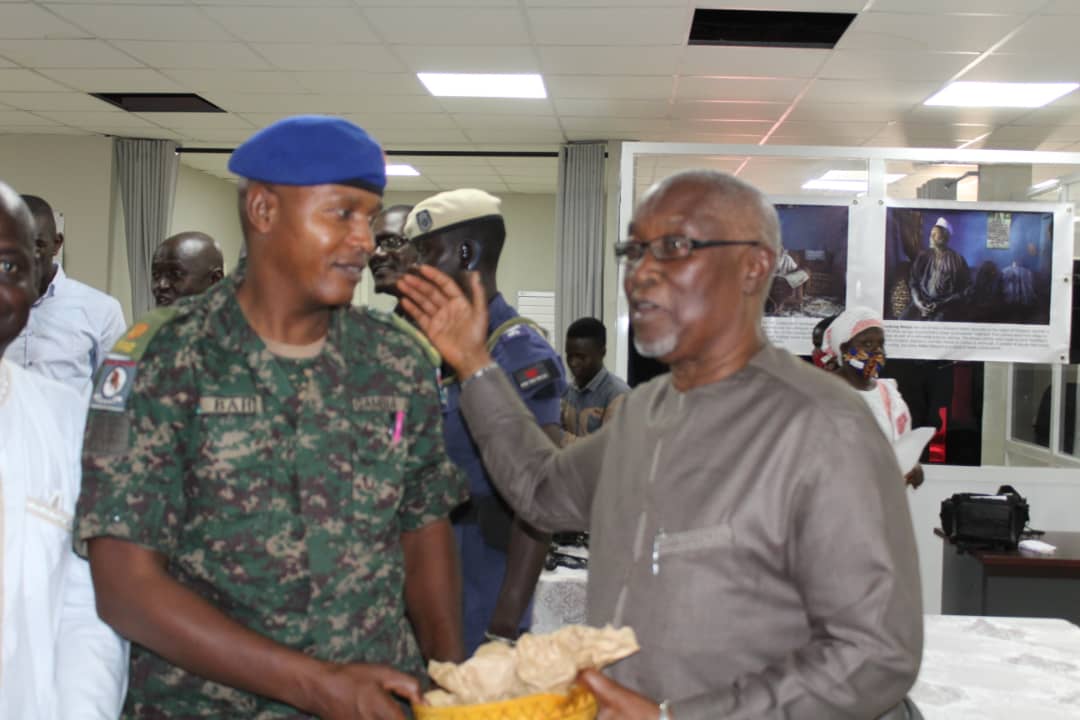 Major Abubacarr Bah who testified before the Commission in December 2019, admitted to have meted tortures on detainees of the former regime of Sir Dawda Jawara. He confessed torturing Omar A. Jallow (OJ) former Minister of Agriculture. The military Major has since solicits the Commission to facilitate reconciliation between him and his victim.

In thanking the TRRC and his victims for accepting his appeal, Major Bah describes the moment an event he yearned for long. “I humbled myself before Omar Jallow and by extension to his family to seek for his forgiveness for the torture I meted on him. Those days, I was young, energetic but above all not mature”, he repentantly said.

On his part former Minister Jallow commended the Commission for a job well done and assured Major Bah of his forgiveness from the day he testified before the Commission. OJ added that he holds no grudges against Bah. “Every religion preaches forgiveness and that every believer should adhere to those teachings”, said OJ.

The renowned Gambian top cop now Police Commissioner of Upper River Region, described his trial and eventually conviction as baseless but was quick to accept an appeal of forgiveness from Soriba Conde. Badjie added that he had forgiven former President Yahya Jammeh who had ordered for his arrest and malicious trial.

Former Prison officers Ebrima Jammeh alias ‘chief torturer’ and Malang Tamba who also admitted involvement in the torture of Soriba Conde and Lamin Jah both serving prisoners, express remorse and regret for their actions meted on the duo.

The former officers appeal for the Commission to also help in facilitating the issue of their salaries which are not paid since 2017.

The duo decries the financial hardship they been facing since the denial of payment of their salaries from 2017.

In a traditional way of accepting guilt and appeal for forgiveness, Kola nuts were distributed in a sombre and joyous mood of reconciliation.