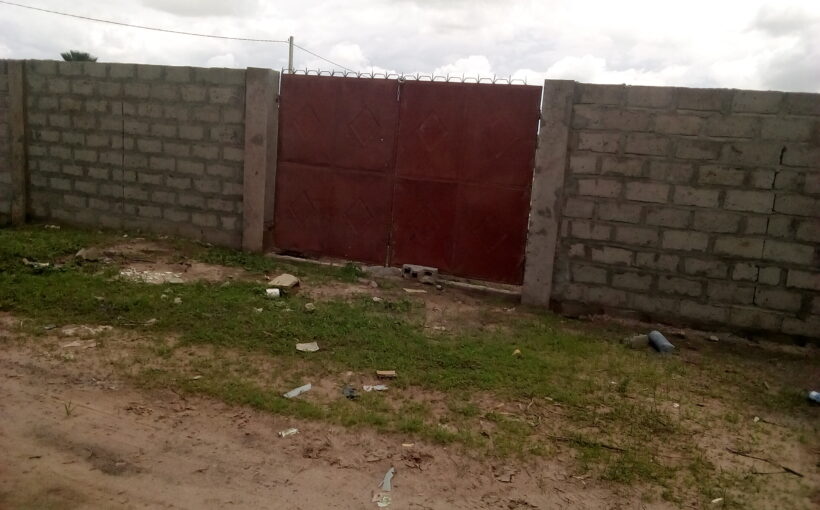 Trumpet Newspaper has been investigating land cases involving State officials, Real Estate Agencies and traditional owners of lands within the Kombos and discovered huge scam, rip-offs and kickbacks during the allocation and selling of plots of lands in almost every new established settlement.

During our investigation, we discovered in many instances land owners were conditioned and made to believe by government officials, unscrupulous land agents and some families that their land falls within a reserve land for community use only to be sold to land dealers and highest buyers.

Government officials, land agents and some members of the land owner’s family are most at times the sole recipients of huge proceeds from the sale of these lands.

These actions, as the Trumpet discovered, made many rightful landowners lose their properties to the highest bidders who could bribe land officials to grab lands for them at every new settlement within Kombos.

Some Alkalos and certain individuals’ family members are also involved in selling the same plots of land to different buyers at a time knowing or unknowing. These kinds of instances created feud over ownership, some of it ended in frustrating and endless Court cases.

In the centre of these land frauds, our investigation pointed at certain particular land officials who are accused of conspiring with highest bidders and senior government officials to hatch ways and means to own a certain portion of areas for themselves and their business partners.

Mr. Kankang Minteh, a Gambian national has been battling tooth and nail for seven years to get clearance from the Physical Planning Department for his land located at Sukuta-Salagi that he bought in 2002 from the Alkalo of Sukuta and his family with clear transfer documentation.

Within a short time Mr. Minteh discovered a clearance was given to an unknown person to develop 40m+20m from part of his land.

Trumpet found out that the said occupant is not even a resident of the country but uses money via a second party to buy the land with the false pretext it is a government allocated land.

Trumpet is in possession of the said allocated letter signed for the Director of Lands and Survey and copied to Permanent Secretary- MOL&RG and Director of Physical Planning and Housing.

Mr. Minteh’s land measures150m+74m+120m+74m was a thick bush when he bought it from then Sukuta Alkalo and his family and struggled with his bare hands to clear and fence it with cement blocks.

However, Trumpet found out that the area of Salagi was never mapped as a layout until when the owner requested a clearance permit.

It is alleged that four senior land officials and one land agent (names withheld) ,who is said to have priced the place all demanded a share of 20m+ 20m from Mr. Minteh before the rest of the land could be released to him.

His refusal warranted the denial of clearance and his land was marked as “Layout” to frustrate him to succumb to their demands.

He is still knocking on all doors for the land officials to give him access to his hard earned and rightful property.

Fatou Jaw Manneh of Sukuta, was ripped off her 100m+50m along Mariama Kunda road. To her surprise the land was sold by Assets Management and Recovery Corporation (AMRC) to another person. Fatou never had any issues or contact with AMRC which could warrant them to seize and sell her property.

She was later compensated with 50m+20m plot of land around the Bijilo side of Sukuta which she later found another person claiming ownership.

The Kenebaring clan of Sukuta is battling over a whole hectare of their land situated at Mariama Kunda taken from them for construction of a Police Station. But they couldn’t understand how a whole hectare of land is only meant for a Police station.

The owners’ suspect the rest of the land will be given to any highest buyer.

A large piece of land owned by Tamba Kunda Family of Sukuta along Mariama Kunda Road marked as a reserved area for a community hospital only to be given to a private investor who is doing construction work there.

The un-occupied built Sukuta market along the Brusubi Road was forcefully seized from its rightful owner without any justification. The late Imam Alhagie Muhammed Sillah of Sukuta was ripped off his farmland for a so-called market never recognized and used by the community.

Two years ago, New Jeshwang Women gardeners had to quickly raise an alarm about their land almost given by the State to a private investor.

The Kambi Kundaring clan of Busumbala has been battling with the Jobe Kunda family of Serrekunda over the dimension of a leased land for years. It is claimed that 1, 400m of Kambi Kundaring land located within Jabang-Tawto area of which sixty three (63) plots of land were illegally sold by either parties with the support of land officials who also got their share of the cake.

The Trumpet discovered two different maps drawn by land officials. The map drawn in 1998 when the Jatta Kundas were leasing the land to Jobe Kunda for agricultural purposes is different from the map drawn when the Jobens transformed it from agric to residential purposes. There are two different dimensions as to the sides of the said leasehold.

The Kambi Kundaring family is now battling with their former Power of Attorney Holder and land agent Mr. Amadou Ceesay over alleged misuse of his powers by illegally selling their land.

Mr. Amadou Ceesay known as “oldy” is now in a legal tussle and Police investigation after about a dozen complaints were lodged against him for illegal land deals and forgery of documents.

A land agent who spoke to Trumpet on anonymity said, “In Gambia land matter is like take I take”,

“Senior officials at lands and physical planning departments ask for a share within every new settlement. They either sold or registered the said lands in the names of their family members”, the agent alleged.

Trumpet is also aware that some National Assembly Members who were given a lot of land at Yundum opposite Yaram Bamba Estate had sold their lands to highest buyers.

A senior Parliamentarian name withheld was among the first NAMs to sell his area to a close relative who resides in the United States and is now constructing a storey building on the plot.

Recently, an unhappy client of a particular Real Estate Agency hints Trumpet about his frustration with the company relocating him twice over other ownership claims of the previous land he bought from them.

His lawyer is now requesting his money from the Estate Agency.

Recently uncountable Gambians residing in Europe and America are in a legal battle with a land agency on allegations of deception.

Editor’s Note: Names of government officials and their land agents are withheld till the outcome of the entire investigation.