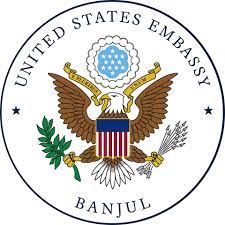 EMBASSY OF THE UNITED STATES OF AMERICA

In remembrance of the 20th Anniversary of the September 11, 2001 attacks that took nearly 3,000 lives in New York, Washington, DC, and Pennsylvania, Deputy Chief of Mission Jason Willis issued remarks to Embassy personnel and recorded a message to our U.S. partners in The Gambia.

Speaking at a solemn ceremony on the Embassy grounds, Mr. Willis noted that the people who perished were citizens from 115 countries, including The Gambia. “Today, we honor all who died, including KaramoTrerra and Mohammed Jawara, both sons of The Gambia,” he said.

“We are grateful to our allies worldwide, who stood with us at our most difficult moment 20 years ago and continue as our partners. Our commitment to them is unshakable … The United States remains committed to working with its local and international partners in attaining the future we all want –a future of peace and security,” Mr. Willis said.

For a recording of Mr. Willis’ complete remarks, please visit the Facebook page for U.S. Embassy Banjul, The Gambia.