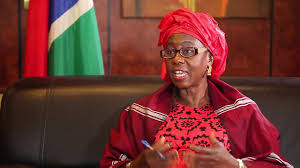 The round table forum run on the theme: Oil and gas: the place of women-led companies in local content was organised by PAAF in collaboration with the Senegalo-Gambia network of entrepreneurs and leaders, headed by its president, Saida Mussokoro Mbaye of Senegal and Vice President Aja AduLette Sey of The Gambia.

Addressing the occasion, Vice President Touray noted that globally, there are divergent experiences of women and men who live in areas that are directly affected by oil and gas development; hence the need to highlight how the industry specifically contributes to “gender gaps” in the unequal distribution of assets and risks.

“I would also like to explore a little bit further the critical role of women entrepreneurs around oil and gas or more fittingly the “extractive industry” in the context of placing women-led companies, as far as the local content is concerned, which resonates very well with the theme of this high-level round table meeting in Dakar, Senegal today”.

She said evidence from around the world with community members, company representatives, and government officials in oil- and gas-affected areas have shown gross inequality in terms of low participation of women in the sector. She therefore noted that, to increase operational efficiency, reduce risks, and foster sustainable development, the potential role of the marginalised, especially youth and women need to be considered by governments and non- state actors.

She further acknowledged that in recognising that women’s participation and gender equity is a precondition for achieving the best development outcomes, some extractive industry companies have committed to integrating gender equality, inclusion, and women’s economic empowerment into aspects of their operations,

Dr Touray said, although the extractive industries are very largely masculine, nonetheless women have played and continue to play a wide range of significant roles in the sector. Also, although that there are negative impacts of extractives projects upon women, yet she said it is important to also acknowledge the strong and active roles taken by women in the mining and oil and gas industries throughout history.

The Gambian Vice President therefore recommends showcasing of good practices on gender and the extractive industries to help guide governments, the private sector, civil society organisations and other stakeholders in developing policy, programmes and legislation that will do a better job of addressing challenges facing women affected by and hoping to benefit from—the extractive industries sector.

The Minister of State for Senegal, Marie Cole-Secka also emphasized the importance of this event and welcomed her counterpart, Vice President Dr Isatou Touray. She also thanked President Barrow and Maky Sall for creating this platform for women in the sub region. She noted that women have a critical role in oil and gas industry and that it will bridge the gender gaps in the employment and development of the region.

Ms. Olimata Sarr, the UN-Women regional coordinator said this meeting is a high political commitment drawing from the policy makers from Senegal, Gambia and Mauritania.

Ms. Maimouna DIAGNE AIDARA, the president of PAAF,affirmed that they were honoured to have the Gambian delegation, noting that The Gambia holds the vice presidency of PAAF, led by Aisha Jallow. She therefore hoped for the launching of the Gambian chapter very soon.

She explained that the PAAF platform brings together more than 21,000 African women, mainly in Senegal and Gambia, with the ambition to support them in their resolute march towards greater autonomy.