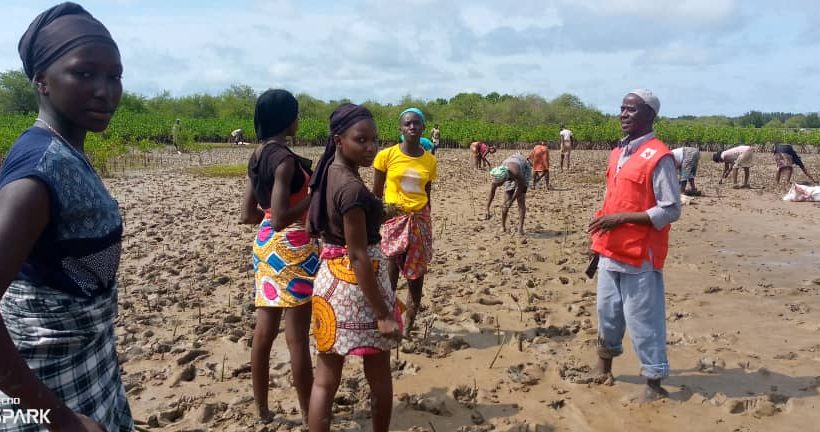 Adviser to WABSA also the President of the Gambia Red Cross Society (GRCS), Mr. Jato Sillah expressed his profound gratitude to UNDP for funding the project.

“The project is timely and it is a good initiative because whole of North Bank Region need to be green. That will counter windbreaks and desert encroachment will also be stop”, Sillah said.

According to Mr. Sillah, the project will also create micro-climate change and climate sinks in the North Bank Region. He stated that it is part of the UNDP intention to cover the whole country especially the northern parts of the country.

The Executive Director of WABSA, Mr. Lamin Jobate said WABSA was founded in 1994 to support Government and non-governmental agencies to formulate policies that will effectively mainstream birds’ study and environmental protection, which plays a vital role in the sustainable development of the country.

Mr. Jobate indicated that 2500 bags of mangrove propagules will be planted within one-year period and the project will be extended to other communities in the region.

He call on the NBR youth to support the project as the region is severely affected by drought, adding that the project will also address issues of climate crisis.

The project is expected to provide green job for Kasewa villagers and the surrounding communities within the region. The project is being jointly implemented by GRCS and WABSA.

Similar exercise was held at Darslami village in Jokadou on Sunday.