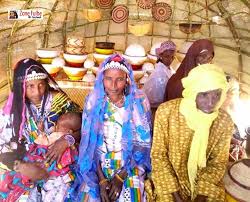 The West African Human Rights Defenders Network (WAHRDN) has on Monday 25th May 2020, issued a staunch condemnation against the systematic killing of the Fulani people and officially denounces what it calls a “counter-terrorism imbued with a silent genocide on the Fulani people in Burkina Faso.

For more than five years, Burkina Faso has been facing terrorist attacks led by armed endogenous groups or from neighbouring countries, where the populations and the defence and security forces have paid a heavy price. Attacks, kidnappings, killings of people and soldiers and harassment against State agents have led to massive internal and
international displacement of populations, causing a humanitarian crisis never before experienced in the country.
In order to face this situation, the Burkinabe authorities have responded by engaging the various components of the Defence and Security Forces (FDS) in the fight against terrorism. However, alongside them, “self-defence groups” were identified, in particular the “Koglwéogo” and the “Dozo”. The adoption by the National Assembly of a law
instituting the recruitment of “Volunteers for the Defence of the Fatherland (VDP)”, aimed, according to the government, at “involving all components of Burkinabe society in the fight against terrorism”, on 21 January 2020, has allowed some of these actors to become “volunteers for the defence of the fatherland” supposed to work under the supervision of the FDS and in strict respect of human rights.
While the collective memory remains disrupted by the carnage caused by the countless terrorist attacks and other inter-community clashes, including the massacre of more than 200 people in Yirgou in January 2019, and as the country prepares to hold legislative elections on 22 November 2020, the population is helplessly witnessing further killings.
Examples include the following cases n : On March 2, 2020, shortly after the 2pm Muslim prayer, a group of VDP supported by FDS apparently from Djibo surrounded the village of Sicè, in the municipality of Pobé Mengao. This group, after having taken the majority of the people from the mosque, went from concession to concession and finally gathered the following 20 people: Dicko Abdoulaye, municipal councillor, aged 50; Dicko Hamadoun, son of
Dicko Abdoulaye, aged 30; Dicko Hamadoun, aged 44; Dicko Idrissa, aged 63; Dicko Hamadoun Idrissa, aged 38; Dicko Harouna, aged 56; Dicko Hassane Harouna, aged 34; Dicko Djibril Harouna, aged 19; Dicko Mikaïlou, aged 50; Dicko Hamadoum Mamoudou, 30 years old; Cissé Souaibou Adama, 33 years old; Cissé Haadou, 68
years old; Cissé Hamadoum Hassane, 37 years old; Cissé Boureima, 46 years old; Cissé Abdoul Salam, 67 years old; Sawadogo Soumsoré, deaf-mute, 45 years old; four persons all from the same Tamboura family. They were all executed on the same day at the exit of the village without any other form of trial.
In Namisigma, on 3 May 2020, at around 10 a.m., Michailou Dicko, Ibrahim Dicko, Moussa Dicko, Oumarou Hall, Issa Boly, Ousmane Sita, Hassane Sondé, Hamadoum Dicko and Idrissa Dicko, a total of 9 people who were watering their animals at the well of Boulsi Baogo were coldly executed by the VDP on 7 motorcycles and armed with Kalashnikovs, some of whom were identified as Zato Sawadogo, Nazilguiba Bamogo, Yoro Ouédraogo, Yembila Bamogo, Tasséré Sawadogo, Francis Sawadogo, Monré Ouédraogo, Prospère Sawadogo, Moumouni Sawadogo, Lassané Sawadogo, Mahamoudou Sawadogo and Pascal Sawadogo.
On the same day, in Namoungou village, about 30 km from the town of Fada N’gourma, 2 young transhumans herders who had come to buy traditional couscous were arrested and killed by FDS at the exit of the village.
Between 1 and 5 May 2020, Diandé Ganni, Diandé Sambo, Diandé Issa, Diandé Moussa, Diandé Yacouba and Diandé Guibrila, Barry Idrissa, Diandé Amadou and his son Diandé Adama were arrested by the VDP of Barsalogho, successively in the villages of Kamsé-peulh, Gabou and Sanrgo, on allegations of conniving with
terrorist groups. In the following days, the bodies of Barry Idrissa, Diandé Amadou and his son Diandé Adama were found riddled with bullets and abandoned by the roadside in the open countryside, while Diandé Moussa, who was suffering during his arrest, died in his police cell.

While the population was already paralyzed by the prevailing situation, it was the turn of about forty people to be arrested on 11 May 2020 at the Pentchangou market, five kilometres from Tanwalbougou, by the gendarmerie led by Commander Sayouba SIMPORE. When the relatives of the arrested persons were vainly trying to contact them, 12 bleeding bodies, wrapped in plastic, were deposited at the morgue of the CHR of Fada N’Gourma.
The Prosecutor of Faso at the Tribunal de Grande Instance of Fada, Judicaël KADEBA declared the same day that these people are suspected of terrorism and are among the “25 people” arrested during the night of 11 to 12 May 2020 in Tanwalbougou and “died during the same night in the cells where they were
detained.
The above facts show that FDS and VDP, originally in charge of the fight against terrorism, are currently distinguished by their involvement in stigmatizing communities and serious human rights violations, thus undermining community life.
The WAHRDN denounces extra-judicial executions contrary to the Constitutive Act of the African Union, the African Charter on Human and Peoples’ Rights, the Protocol to the Convention of the African Union (former OAU) on the Prevention and Combating of Terrorism, Resolution 57/219 of the United Nations General Assembly on the Protection of Human Rights and Fundamental Freedoms while Countering Terrorism and Security
Council Resolution S/RES/1456 (2003) which requires in its point 6: “When taking any measure to combat terrorism, States must ensure compliance with all their obligations under international law and the measures adopted must be in accordance with international law, in particular human rights, refugee and humanitarian law…”.
Furthermore, all these extra-judicial executions of unarmed, specifically ethnic Fulani people by FDS and VDP demonstrate that a silent genocide is being carried out on these populations, in accordance with the definition as contained in the Convention on the Prevention and Punishment of the Crime of Genocide, adopted on 9 December 1948 by the United Nations General Assembly, in its Article 2.
To face this situation, the Network requests the authorities of Burkina Faso to :
1. Take urgent measures to protect the Fulani population from extra-judicial
executions in order to stop to the ongoing silent genocide.
2. Open an independent investigation to identify the agents of the FDS and the VDP
responsible for the extrajudicial executions of the populations, and locate the
responsibilities in accordance with the laws in force so that justice is done to the
victims.
3. Strengthen the capacity of the SDF and the VDP in the fight against terrorism with
strict respect for human rights.
——————————————————————————————————————————
CONTACT :
West African Human Rights Defenders’ Network (WAHRDN)
Regional Secretariat
14BP :152, Lome- TOGO
Tel : (228) 22 20 12 38 / 90 30 02 85
Email: roaddh@gmail.com
Facebook: Réseau Ouest africain des Défenseurs
des Droits Humains-Roaddh/Wahrdn
Website : www.westafricadefenders.org