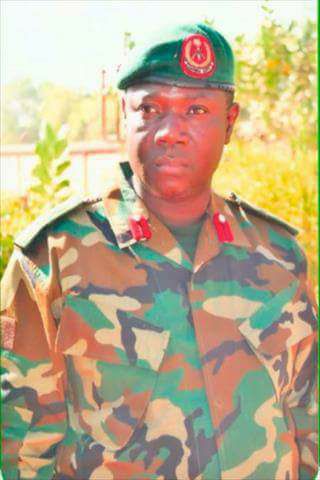 Dramatic U-turns had happened since the event of 21 March 2006 attempted coup plot, said to have been masterminded by then Chief of Defence Staff (CDS), Colonel Ndure Cham (late) and foiled by loyal forces of former President Yahya Jammeh.

With all these unfolding events, then Lieutenant Momodou Alieu Bah, popularly known as M.A. Bah, the erstwhile Financial Director of The Gambia Armed Forces (GAF), remains at the Centre of the controversy. He was arrested, charged and convicted to serve 25 years in prison. During his trial at the General Court Martial, Bah, who alongside his co. accused soldiers pleaded “not guilty” to the treasonable offences charged, did not testify in his own defence.

However, after serving almost four years behind bars, M.A. Bah was released by Yahya Jammeh and reinstated with the rank of Major and Army Financial Director. Later he served as a witness against Lieutenant General Lang Tombong Tamba.

Sources intimated to this medium that M.A was “induced” by certain Military officers not to mention their names and they, in-turn, promised to exonerate and set him free by using their powers. After serving 3 years and 8 months, he was secretly released from prison in November 2009.

Few months after his freedom, he testified in Court against Lang Tombong Tamba in connection to the same coup plot he (Lang) was widely praised for foiling. Bah was a star witness in that trial that saw the conviction and sentencing of the former GAF chief to 20 years imprisonment.

Ironically, Fofana was the President of the General Court Martial that was convened by then CDS Tamba to try the officers and soldiers implicated in that coup, including M.A. Bah. Fofana was the one who announced the verdict of the Court.

According to our sources within Mile II Prisons and Attorney General’s Chambers, prior to the trial of Tamba and Fofana, series of negotiated meetings took place between M.A. Bah, the then Nigerian-born Director of Public Prosecutions (DPP) of The Gambia, Lawyer Richard N. Chenge and senior staffers at the Attorney General’s Chambers to use Bah as a prosecution witness against his former boss, Tamba. Bah was alleged to have been promised of his freedom, promotion and an unspecific amount of money offered as compensation from Jammeh. Eventually, he accepted the deal and testified against General Tamba, the Trumpet was told.

Upon the testimonies of Major M.A. Bah, Provost Marshal Timothy Sanyang, Captain Yaya N.S. Darboe {then Bah’s co-convict}, and Police officers Lamin Manneh and Muhammed Sowe, on Monday, 23 May 2011, Messrs Tamba and Admiral Fofana were convicted on all counts by Justice Emmanuel Ikpala of Banjul High Court and sentenced to serve 20 years in jail. Admiral Fofana was later acquitted and discharged by an Appeal Court. Tamba later enjoyed Presidential pardon together with other military convicts, when Jammeh, surprisingly granted them presidential pardoning.

When contacted for their side of the story, both former CDS Tamba and ex- Interior Minister Bah denied giving or receiving any inducement in connection to the March 2006 foiled coup plot. They both said since the issue was a heart broken and an unfortunate matter, they prefer not to duel into it.

General Tamba vehemently denied inducing anyone and claims that his conviction for the March 2006 coup plot was a serious miscarriage of justice. He indicated that he has nothing to do with tampering with any witness during the Court Martial that convicted former Interior Minister M.A. Bah. He asserted that he played a key role in foiling that coup with loyal forces.

However, Retired Brigadier General M.A. Bah declined to comment on the matter and said it was a destiny for him to go to Prison, adding that God knows he was innocent of that plot. He indicated that, as far as he is concerned, he never plotted with anyone to overthrow Jammeh’s administration.

When quizzed as to why he later testified against General Tamba, he remarked: ‘’Please, I don’t want to talk about that issue because it gives me bad memories. I still ask myself why at first place was I sent to jail for something I was not involved in. As for Lang, he thought he finishes me but God knows who is innocent or guilty of that coup.”