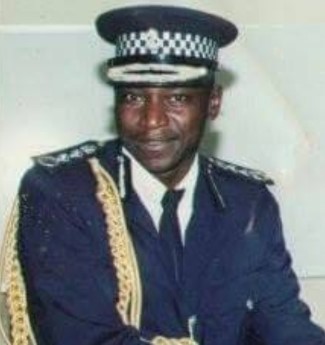 More information has been tipping on our investigation news desk about the mysterious disappearance of a Whiteman who came to the Gambia in 1996 and was accused by the Gambian authorities, of been a foreign spy or western paid assassin to assassinate then Junta leader Captain Yahya Jammeh.

So far, we managed to gather lots of pieces from former operatives of National Intelligence Agency (NIA), who were in active service and were manning key positions at the time; albeit none of them could recall the name of the man.

This medium can now report that the man was holding a British Passport. But upon his arrest and seizure of a bulletproof vest and some suspected military materials from him at the Banjul International Airport, he refused to communicate in English.

He was escorted from the airport to NIA Headquarters in Banjul by officers Tuti Touray, Baboucarr Jallow and Lamin Mandas Fatty, a native of Badibou Kerewan. The information obtained by Trumpet Newspaper further stated that when the suspected spy appeared before a panel of officers at the Counter Espionage (CE) Unit for interrogation, he still refused to speak English. Instead, he kept saying in French, ‘I don’t know what you talking about’.

Then Army Chief of Defence Staff Colonel Baboucarr Jatta was invited to the panel to witness the interrogation and to confirm the military gears found with the man.

According to our sources, the Whiteman’s British passport was in the care of one Joseph Gomez known at the NIA at the time as ‘pig head’. Gomez was head of the exhibits store. A year or two back, he confided in one of our sources that he was still in possession of the said British passport.

Mr. Gomez was later posted at State House and became a trustee of Yahya Jammeh. He and then protection officer Lieutenant Bakary Camara were on several occasions sent by Jammeh to Mali to purchase livestock for him. He was later dismissed after Jammeh accused him of embezzlement.

But when contacted and confronted with the information on two occasions, Gomez flatly denied ever working for the NIA and swore that he is not the said “Joseph Gomez”, being referred to in the matter.

‘’Though, my name is Joseph Gomez but I never worked for the NIA at any point in time’’, Joe maintained.

Editor’s Note: Several efforts were made to get comments from both Baboucarr Jatta former Chief of Defence Staff and Landing 13 Badjie but to no avail. We will endevour to get their side about the story.