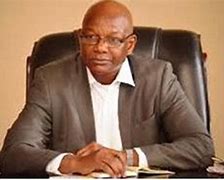 A delegation comprising the Ministry of Youth and Sports in partnership with Gamworks officials on Wednesday 8th June 2020 concluded a two-day tour of rural Gambia to ascertain and verify information regarding the mini stadia and other Sports facility projects intended to be transformed into standard facilities.

The delegation was led by Mr. Suute Jawo, Deputy Permanent Secretary Technical at the Ministry of Youth and Sports. The tour commenced on Tuesday from Soma in the Lower River Region, ended at Basse Koba Kunda, was witnessed by Sport administrators and other dignitaries.

Visiting the respective facilities, DPST Jawo, informed various stakeholders about the Ministry’s intention to transform all the mini arenas to a standard sporting facilities.

This, he said, is amongst the package to have multi-purpose halls, dressing rooms, pavilions, administrative offices, water borehole tankers, ticket sales’ rooms and other facilities.

DPS Jawo reaffirm that Youth constitute over 70 percent of the population which necessitated the standardization of their needs.

Speaking at Jarra Soma, Momodou Lamin Fofana, Deputy Director Technical at the Department of Youth and Sports, who doubles as the overseer of the Soma mini stadium, expresses gratitude for the initiative, describing the project as timely considering the population of the region.

Mr. Fofana said the implementation of the project will bring positive impacts for the people of LRR, particularly the young people who love to participate in sporting activities.

He also recognized that lack of sporting facilities had hindered LRR Youths’ in participating in national sporting events due to lack of enough facilities. Adding that, they will excel if facilities like such are available to them.

Mr. Nyanya Mbye, the Assistant Youth Coordinator described the initiative as a top priority for the young persons of the region. He noted that transforming the Soma mini stadium to a standard one with pavilions and other equipment are from good intentions from the Youth and Sports Ministry. He said the Ministry considers the advantage the projects would bring to the young ones of the region, who used to travel to other regions for sporting purposes.

Momodou Lamin Mboge, the Public Relations Officer (PRO) of Farafenni Mini stadium said it is a dream come true for the people of the region to have such a standard stadium.

“Every year, the Regional Athletic meeting for North Bank and Lower River Region is hosted in Farafenni, in transforming the facility in to a standard one will be a great achievement to both regions”, he said.

He decried the lack of standard sporting facilities is hindering the economy and participation of youths in sports.

For his part, Mass Sowe, member of Kaur Sports’ Committee calls on the Ministry to speed the project, stating that Kaur is one of the biggest towns in Central River Region North needs sporting infrastructures for the development of the area and its surrounding villages.

At Basse Koba Kunda, the Regional Youth and Sports’ Coordinator Lamin Sima said it is vital for the Ministry to implement the transformation of Koba Kunda mini stadium into a standard one.

Sima indicated that the initiative is a good decision at a right time when the people of the region needs sporting development infrastructures.

Readers could recall that the Ministry of Youth and Sports has been working intensively for the last six months to pursue the above objectives.

So far, works have commenced in Kiang Manduarr in the Lower River Region, at Kafuta, Kombo East, West Coast Region and Fulabantang in the Central River Region, where similar projects are ongoing.

The projects that target strategic locations in the country includes  Janjanbureh in the Central River Region , Bwiam in the West Coast Region , Pakali Ba in the Lower River Region, Basse Koba Kunda and Diabugou in the Upper River Region, respectively.