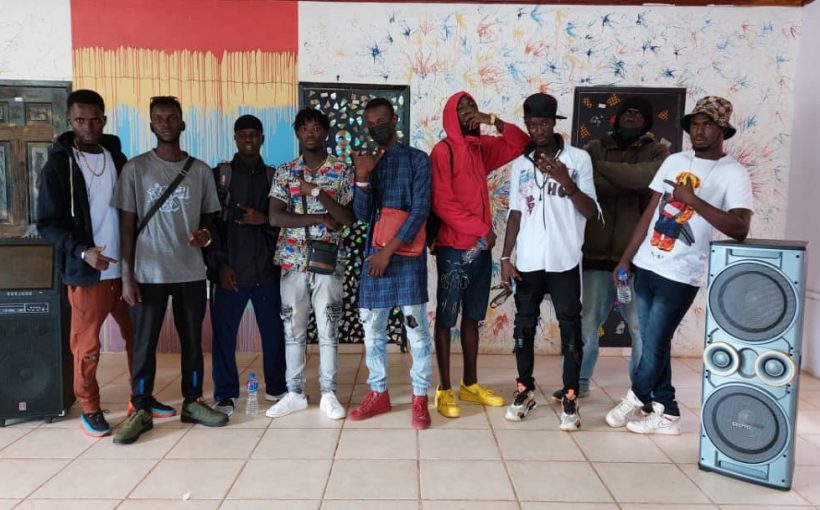 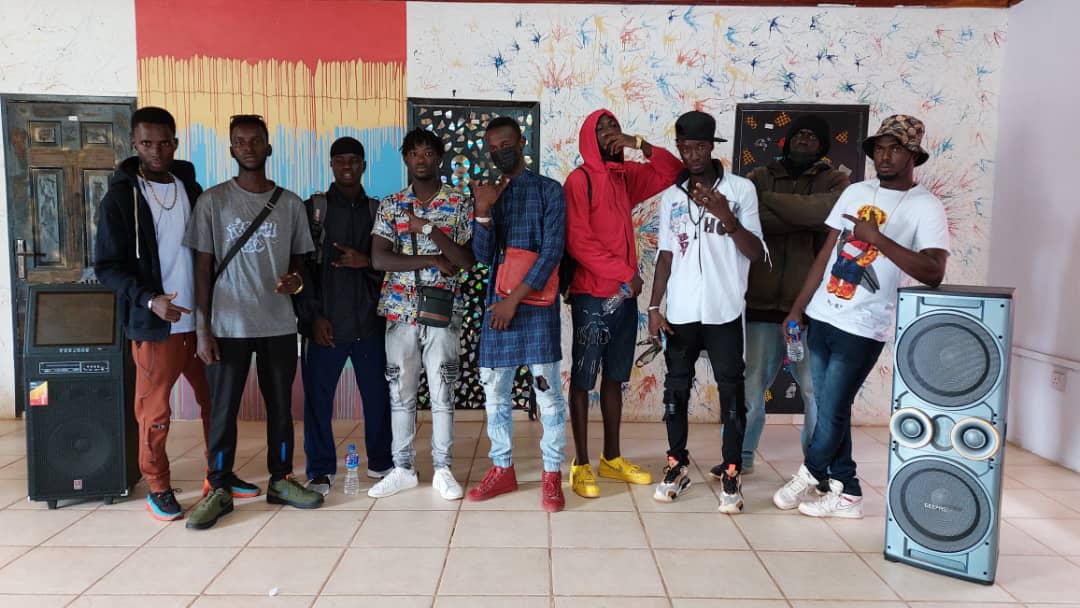 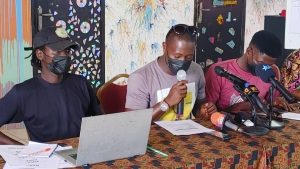 By: The Cypher Media Team

Gambian Civil Society Organisation, Team Gom Sa Bopa (TGSB) held a press conference on Friday 30th July 2021 where a balloting process was conducted to match up 16 rappers who qualified for the second round of the 2021 Cypher Rap Battle competition. TGSB President, Ali “Killa Ace” Cham highlighted that the Cypher Rap Battle “is a chance for disenfranchised youth to reach stardom”.

Public Relations Officer, Mariama Bojang explained that “TGSB is a Youth lead organisation dedicated to raising awareness among young people through art performance. TGSB engages artists to play a role in social life, civic education and to be watchdogs of the management of the country”.

President Killa Ace explained that “the Cypher platform was established on July 14th 2012 to showcase young talent from various localities and give disenfranchised young people a chance to show themselves in an environment where it is hard to have a platform to propel you to stardom.”

The platform will also be used to advocate for the youth to participate in the upcoming elections and to sensitise Gambian youth to contribute towards National Development through non-violent means.

Cypher Executive Director, Rahim explained how the first round went. “On the 28th of June [2021] TGSB held the auditioning at Teranga and 28 artists came through. The Judges had to trim it down to 16. So, these 16 rappers who actually made it through the audition are the ones we’re going to ballot today and know who’s going to face who. It’s something that’s going to stretch out here until December 2021 at least.”

President, Killa Ace wished the contestants good luck and informed them that “TGSB is a signatory to the Platform Urban which is a five-country network including Gambia, Mauritania, Senegal, Mali and Morocco. Artists who qualify amongst the finalist will be part of the exchange program of festivals and activities around those countries as well.”

The top three rappers will be awarded a total cash prize of D100,000. The cash prize will be split in three ways as follows; 1st Prize D50,000, 2nd Prize – D30,000 and 3rd Prize – D20,000. All three finalists will receive additional incentives to record and produce their music, shoot and produce music videos and international festivals abroad.

At the end of the balloting process which was conducted in the presence of the contestants and the media the list of rappers paired up were announced as detailed below.

With every competition there are rules and there are only four rules for the 2021 Cypher Rap Battle competition. There are; “1. All battlers must respect the decisions of the judges, 2. No pushing, shoving or any form of aggression is allowed, 3. Not attending a battle leads to automatic disqualification and 4. Battlers can’t interrupt other battlers when performing.”

At the end of the media briefing President, Killa Ace thanked all the sponsors and partners of the Cypher Event including “Open Society Forum for their very generous donation, 50 Deep all the way in Holland. Hot Ink Media for taking care of our branding and all the individual donors to the Cypher Platform”. In the same vein Ali Cham also highlighted that TGSB currently contributes from its own funds towards these events however, the movement “needs support for additional resources to be able to give these talents a chance”.