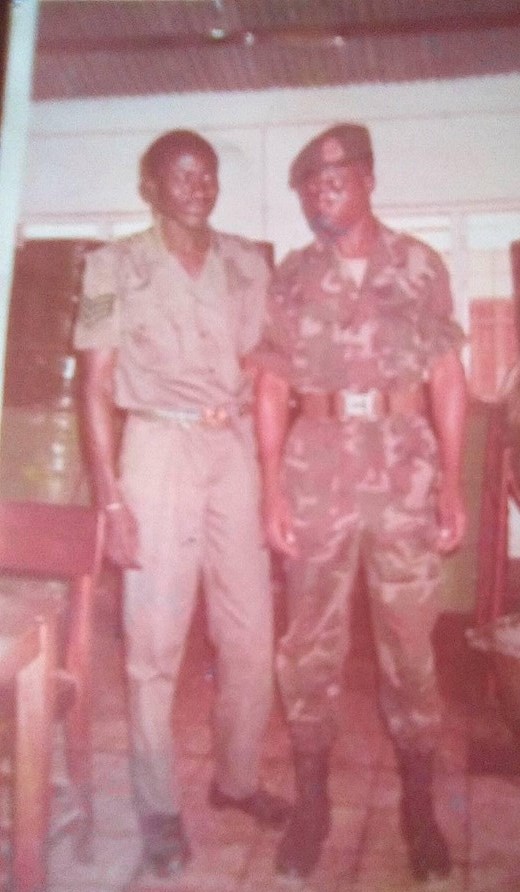 The advent of 22 July 1994 revolution led by then Lieutenant Yahya A.J.J. Jammeh has seen friends, classmates, batch mates and comrades of the Gambia National Army turned against each other to the point of taking part in the gruesome and senseless killing of others. As per the revelations before the Truth, Reconciliation and Reparations Commission (TRRC), the ugly side of the July 22 revolution started on 11 November 1994, when up to about a dozen officers and senior Non-Commissioned Officers (NCOs) were murdered in cold-blood in the presence of their comrades whom, few months earlier, were dining and wining together on daily basis.

One would not believe that then junta number five ex-Lieutenant Yankuba Touray, who was a close pal of late Sergeant Fafa Nyang, would participate or stand aside and look on when his former roommate and comrade in arms was gunned down in cold-blood by Junta’s Number three, Edward Singhateh and private soldier Lamin Colley.

Our investigations into the friendship between Lt.Touray and Sgt. Nyang showed that it was way back before the July 1994 coup at Kudang Military Barracks.

The two soldiers used to have a good time together during their free times, and they did visit each other at family homes. Thus, they became close family friends.

We also gathered that Yankuba and Fafa used to call on each other anytime and were always together. They were like twin brothers in uniform and real ideological comrades.

But on 11 November 1994, the two comrades became “enemies” when Sergeant Nyang was accused of taking part in a counter revolution against the then junta government in which his friend, ex-Lt. Touray, was a Local Government Minister.

In the early morning of 11 November 1994, Yanks took part or rather stood aside and looked when his defenseless friend was killed in this presence.

On the same evening, he was said to have gone to the stadium to watch a national football match without showing any form of guilt or remorse for witnessing the killing of his friend.