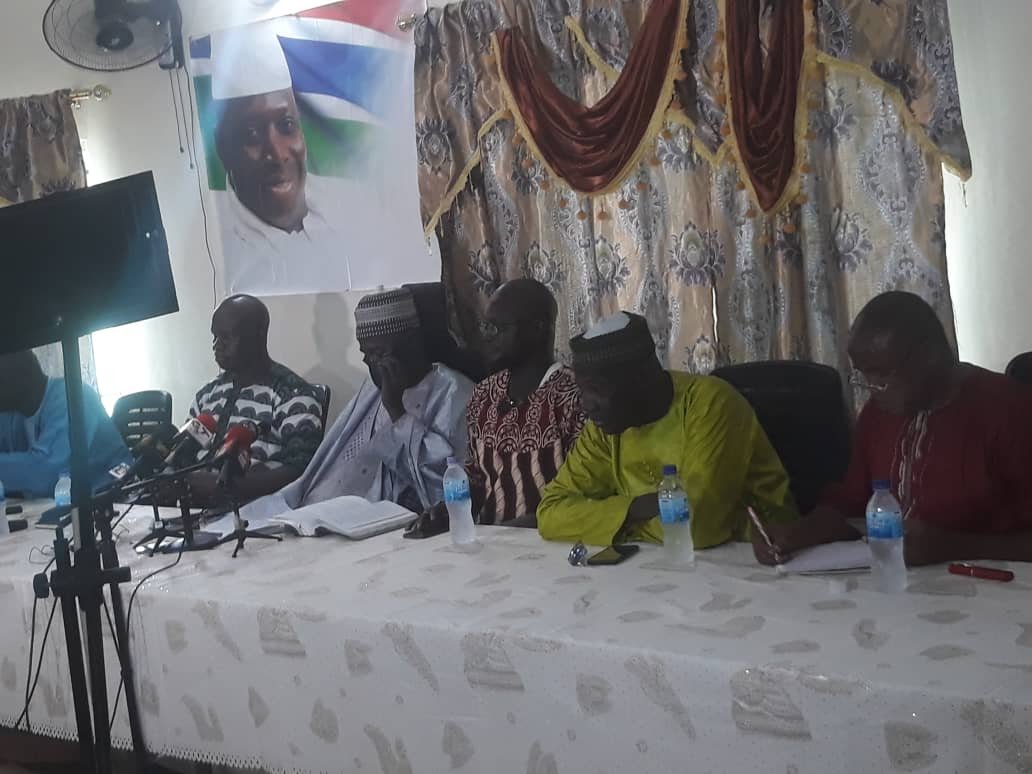 The interim leader of the Alliance for Patriotic Re-orientation and Construction party, Mr. Fabakary Tombong Jatta and the APRC leadership have applauded National Assembly members for throwing away the newly drafted Constitution by the established Constitutional Review Commission (CRC), headed by renowned Constitutional lawyer Justice Cherno S. Jallow. APRC also accuses the drafters for bias, vengeance and emotions geared towards the death of their party.

They condemn the European Union Embassies, International Monetary Fund (IMF), World Bank and British High Commission for trying to induce the Parliamentarians to vote in favour of the rejected draft Constitution. Jatta also calls for President Adama Barrow to revisit the bilateral agreement between Gambia and Senegal.

Addressing the media at a press conference held at their bureau on Wednesday, the former ruling party Interim leader attributed the country’s current predicament as caused by the failure of the 2016.

Going through some provisions of the rejected draft Constitution that he and his party believe are detrimental to the Gambian people, Mr. Jatta highlighted section 115 about the selection of ministers to cabinet and section 97 the procedure of election of president. These clauses, he said and other entrenched ones are irrational and not legally binding.

“The APRC jointly condemned the IMF, EU, British High Commission, World Bank and German Embassy’s’ joint communiqué urging NAMs to vote in favour of the new draft constitution.  The sovereignty of the Gambia lies in the hands of Gambians. We believe in bilateral relationship, but they should not interfere with the sovereignty of Gambians”, Jatta emphasised.

Mr. Jatta and the leadership also call on President Adama Barrow to revisit the bilateral agreement between the Gambia and Senegal with a view to ensure the Gambia’s independence and sovereignty.  APRC also advises President Barrow to amicably intervene and settled tensions between Serahuli communities in Upper River Region.

Hon. Tombong Jatta appeal on humanitarian grounds in the interest of justice to grant bail to the nine officers of the defunct National Intelligence Agency who are languishing in detention for the past three years. Jatta said in the advent of Covid-19, the State should grant bail to both the NIA 9 and former Junta croupiest which brought APRC to power Yankuba Touray, who under the 1997 Constitution has immunity to be tried or face any Commission of enquiry. He pointed out that the State should either drop charges against Touray or grant him bail pending the outcome of the case.

Jatta also said soldiers convicted for forming a WhatsApp group to cause mutiny to be granted bail under Covid-19 preventive measures.