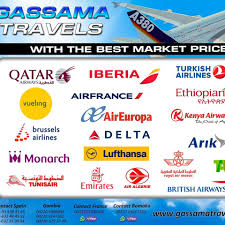 Confirmed information received by Trumpet Newspaper has it that the proprietor of Gassama Travel Agency located at Churchill Town, Serrekunda, has been arrested and currently under detention at Tallinding Police station after dozens of would be travelers who bought tickets from his agency and could not get their flights as schedule on their tickets. On two occasions they were given a flight date and it never went through.

Mr. Hamidou Jabbie, the Gambian agent of the agency was brought to the station after angry travelers lodged a complaint of fraud against the agency. The travelers were angry due to failure of their trips on two schedule dates.

According to the information, an estimate of 200 Spanish residential holders that were stranded in the Gambia due to the COVID-19 pandemic and were eager to get back to Spain before the expiry of their travel documents.

Each traveler according to the source paid D 39, 900 for one-way trip flight from Banjul to Barcelona. The first flight was schedule for 16th June that never materialised and they were given 19th June which too never materialised.

The frustrated travelers reported the matter to the Tallinding Police Station after they were allegedly told by agent Hamidou Jabbie that they either wait for another schedule date or risk losing their money. He reportedly told them that his agency had already paid the money to their agency in Spain who negotiated the flight with Air Iberia to provide a chartered flight.

The Tallinding Police station was jammed packed by angry travelers demanding payment of their money. The situation was so tense that Police has to call for reinforcement from anti-crime task force squad. The squad consist of soldiers, PIU officers and members of the Prison Service armed with batons.

After a brief stay at the station, as the situation subsided, the reinforcement left as the crowd does not pose any threat. The agency has accepted liability and promised to provide another flight on Tuesday 23rd June, but that did not went down well with others who demanded back their money. They promised to refund those demanding refund.

Police Spokesperson Superintendent Lamin Njie confirmed the arrest of Mr. Hamidou Jabbie of Gassama Travel Agency following reports of a group of people that gathered at the agency expressing anger and frustration over unavailability of a flight which they have paid for. He is currently helping the Police investigation team.